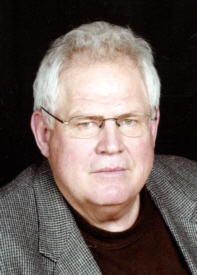 Kenneth (Ken) E. Folk, 71, of Plymouth, passed away on Thursday, December 29, after a long hard fought battle with cancer. Ken, the son of Glen Folk (deceased) and Evelyn Kimball, was born in South Bend on September 1, 1945. Ken married Connie Jones on May 15, 1965 and went on to enjoy 51 years of marriage. He is survived by his wife Connie of Plymouth; two daughters: Carmen (Dino) Piraccini of Granger and Kelly Arce of Plymouth; his mother, Evelyn of Plymouth; five grandchildren: Andrew, Charlie and Ben Arce, Regan and Brennan Cast and three step grandsons; Brandon, Nate and Dominic Piraccini; one half-brother Dennis (Michelle) Folk of South Bend and two half-sisters, Sherry (Terry) Connor of South Bend and Mary (Jim) Michalski of South Bend; one step brother Mike (Brenda) Newcomer of Plymouth, and his loyal, faithful companion, Buddy. Ken grew up in North Liberty, Indiana and graduated from North Liberty High School with the class of 1963. In high school, he made many lifelong friends that he still spent time with regularly.
He was a truck driver for over thirty years and retired in 1998. However, he remained busy driving for Older Adults, delivering meals for Meals on Wheels, and Ken especially enjoyed driving school bus.
Ken was an elder at Calvary Lutheran Church in Plymouth. He was always willing to help with whatever needed to be done, making coffee, helping with meals and especially the ice cream social.
Ken was a fun-loving person with a smile and kind word for those around him. He was a devoted husband, father and grandfather. Ken never met a stranger and enjoyed having coffee with his buddies and the comradery of his school bus driver friends. He was always willing to help anyone in need. He was a fighter with a positive attitude. His warm, outgoing nature will be missed.
The last few years were difficult but he never gave up. A special thanks to Bilal Ansari of Michiana Oncology and Hematology, Hospice of Plymouth and Hospice of House of Elkhart for their kindness and outstanding care of Ken. Friends may visit on Wednesday, January 4, 2017 from 4-7 p.m. in the Johnson-Danielson Funeral Home, 1100 N. Michigan Street, Plymouth.
The funeral service will be at 11:00 a.m. on Thursday, January 5, 2017 at Calvary Lutheran Church, 1314 N Michigan St, Plymouth. Friends my visit an hour prior in the church.
Burial will follow in the New Oak Hill Cemetery, Plymouth.
In lieu of flowers, the family requests that donations be made to the Preschool at Calvary Lutheran Church.