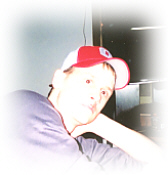 Kenneth F. “BAM” Clark II, 28, 22251 Tyler Road, Lakeville, Indiana, died at 4:30 p.m. on Wednesday, June 21, 2005 in Indiana University Hospital, Indianapolis, IN, after a long and courageous battle with cancer. BAM had been an area resident most of his life.
Born in Kankakee, IL., on July 13, 1976, BAM graduated from High School in Chillicothe, OH.
He had been a fork truck driver at Wal Mart, and enjoyed all sports, especially golf and football.
BAM was a member of the Lance Armstrong Foundation.
He is survived by his father and stepmother, Kenneth F. (Joan) Clark of Argos, and his mother and stepfather, Sandra (Chris) Heyde of Lakeville, a daughter, Peyton Clark and a son Cody Clark, both of Plymouth. Also surviving are three brothers and their spouses: Jeremy (Cris) Clark, Marc (Michele) Young and Shane (Heather) Clark all of Chillicothe, Ohio, and his paternal grandfather, Elmer L. Clark of Plymouth.
Visitation with the family will be on Friday, June 24, 2005 from 10 to 11 a.m. at the Plymouth Baptist Church, 11345 9A Rd., Plymouth. Funeral services conducted by the Rev. Douglas Jividen will be held at 11:00 a.m. in the church on Friday.
Burial will be in Maple Grove Cemetery, Argos.
Memorial gifts may be made to the Lance Armstrong Foundation.