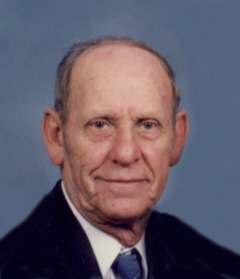 Kenneth L. Luse, 80, a lifetime Plymouth resident, passed away in the company of his family following an extended illness on Monday, April 11, 2011 at 12:25 p.m. Ken resided with his loving wife Mary of 61 years, on Redbud Drive.
Ken had many friends and was a regular at the McDonald’s morning coffee club. Ken’s comic nature never knew a stranger as he sought humor in everyday life. Most importantly he was a devoted Christian and family man who was “always there” for them and the needs of others.
He was born the son of Ernest LeRoy and Julia Ann (Sorters) Luse on July 1, 1930 in Plymouth. He received his education in Plymouth schools.
In 1947 he began a courtship with Mary Ann Miller of Plymouth and the two were married on June 11th of 1949 in the Argos Methodist Church. Together they would attend Plymouth Wesleyan Church of over 50 years.
As a patriot, he served his country in the National Guard from 1948 – 1950 and was proud to have had three grandsons also serve in the military two of which served in Iraq. Ken worked 42 years driving truck for Drummy Cartage of South Bend, Plymouth Homes, Hawaiian Punch and Young Door also of Plymouth. He was a Teamsters Retiree since 1994.
In 1989 his love of the road and appreciation for old trucks and tractors led him to membership in Hoosiers Old Wheels where he could share his restored award winning 1964 Blue Econoline Ford truck often taking part in the Marshall County Blueberry Festival.
Surviving with his wife Mary are their three children; Carol Lynette (Neal) Blair of Indio, California, Ruth Elaine (Gale) Paschke of Springfield, Tennessee and Robert Eugene (Paula) Luse of Surprise, Arizona. Seven grandchildren include: Bart Paschke, Becky Candies
Todd Blair, Brad Blair, Wendy Wolfe, Eric Luse and Chad Luse along with 11 great grandchildren: Chase Daniels, Emma Blair, August Blair, Madysen Blair, Kenneth Blair, Jackson Blair, Austin Wolfe, Brenna Wolfe, Clayton Wolfe, Emily Luse and Walker Luse.
Ken and Mary have been great supporters of their grandchildren’s many activities in the Oregon-Davis School System.
Two sisters; Jean Michalski and Patricia Sporner of Plymouth and a brother; Wayne (Viola) Luse of Monon, Indiana also survive with numerous nieces and nephews.
He was preceded in death by his parents, two sisters; Della Drake and Agnes Dixon and a brother; Dale Luse.
Visitation will be held on Friday, April 15, 2011 from 3 – 8 p.m. in the Johnson-Danielson Funeral Home 1100 N. Michigan St., Plymouth. Funeral services will be held at 11 a.m. Saturday, April 16th in the Plymouth Wesleyan Church, 11203 S. Michigan Road, Plymouth where visitation will continue after 10 a.m. Revs. Ed Friberg and John Branch will officiate.
Burial with Military Honors provided by members of Plymouth American Legion Post 27, VFW and D.A.V. will follow in the New Oakhill Cemetery, Plymouth.
Memorial gifts may be given to the Plymouth Wesleyan Church or Center for Hospice Care, 112 S. Center Street, Plymouth, Indiana 46563