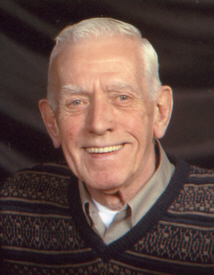 Kenneth Paul Baumgartner, 79, a Lawrence Lake resident since 2001, died of natural causes at his home Tuesday morning, March 8, 2011. Ken was formerly of Tinley Park, Illinois.
He was born the son of Arthur Phillip and Elizabeth Charlotte (Mueller) Baumgartner in Hammond, Indiana on March 29, 1931. There he received his education, graduating from Thornton Township High School in 1949.
In 1951 he joined the Marine Corp and served as a Corporal until 1953.
He married the former Barbara Jean Wetmore on May 28, 1955 in St. John’s Lutheran Church. She would precede him in death on March 31, 2001.
Ken and his wife were the owners/operators of Baumgartner Appliance Service in Tinley Park for nearly 30 years. Ken also served on the Federal Fire Department – Heinz V.A. Hospital, retiring in 1985.
Ken was extremely proud of his family and was a man who appreciated order and detail, as reflected even in the care of his home and lake property. He was a member of the Immanuel Lutheran Church, Donaldson, and was a longtime member of the American Legion Post 615, Tinley Park and Plymouth Post 27 and a former member of Plymouth Moose Lodge. Ken enjoyed boating, fishing, golfing, and bowling along with being a true fan of Chicago sports – just not the Cubs.
Surviving are three sons and their families: David A. and Debra Baumgartner of Brookfield, Ill, Michael K. and Deborah Baumgartner of Plymouth and Thomas Allen and Mimi Baumgartner of Mundelein, Ill. Five grandchildren include: Nicholas Baumgartner, Rebecca (Chris) Padgett, Amanda Baumgartner, Mitchell Baumgartner and Kristina Krupa. Three great grandchildren; Jeret, Brooklyn and Ashlyn also survive.
Two brothers; Richard (Valarie) Baumgartner of Tinley Park and Donald (Barbara) Baumgartner of DesMoines, Washington survive with several nieces and nephews.
Proceeding in death were his parents, spouse, sister; Lois Knisley and brother; Jack Baumgartner.
Friends may call at the Johnson-Danielson Funeral Home, 1100 N. Michigan St. Plymouth, Indiana on Friday March 11, 2011 from 4 – 8 p.m. EDT. Visitation will continue at the St. John’s Lutheran Church, 4231 W. 183rd Street in Country Club Hills, Illinois on Saturday, March 12th from 10 a.m. until Noon CDT.
Services will immediately follow in the church at Noon with the Rev. Peter Dorn presiding.
Burial will immediately follow in the St. John’s Church Cemetery with military honors provided by members of the American Legion Post 615.
Preferred are memorial gifts in Ken’s memory to the Center for Hospice Care, 112 S. Center Street, Plymouth, Indiana 46563