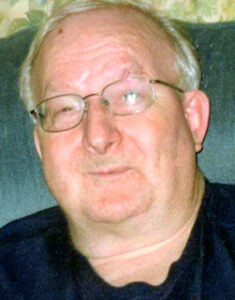 Kenneth Ray Sherwood, 69, a resident of Bourbon, Indiana for most of his lifetime, passed away at 11:00 p.m. Tuesday, November 29, 2016 in the South Bend Hospice House following an illness.
He was born in Plymouth on August 24, 1947 the son of Benjamin Harrison Sherwood Jr. and Margaret Ellen (McQuisten) Sherwood.
Ken graduated from North Liberty High School in 1966 and in the midst of the Vietnam War he enlisted in the United States Army. Honorably discharged in 1969, he returned to St. Joseph County. He worked many years for Wireflex in Bourbon.
On September 5, 1979 in Bourbon, he married the former Rosemary E. Molebash. She would precede him in death on April 27, 2016.
Ken was a jokester who with his wife enjoyed trips to Burger King and pretty much loved animals especially his pet dogs.
He is survived by his daughter Kari R. Sherwood of Plymouth with whom he had made his home, two grandchildren; Michael W. Bloomfield and Alexis D. Rosas also of Plymouth. His siblings include: Ronnie Sherwood of Bourbon, David Sherwood of Hamlet Edward Sherwood of Florida and Mary Sherwood of Plymouth along with many nieces and nephews.
Ken was preceded in death by his parents and wife.
Family services will take place with military honors provided by members of the American Legion Post 27, Veterans of Foreign Wars â€“ Marshall County Post 1162 and the D.A.V. Burial will be in New Oak Hill Cemetery, Plymouth.
Memorial gifts may be made to the Marshall County Humane Society, P.O. Box 22, Plymouth, IN 46563.