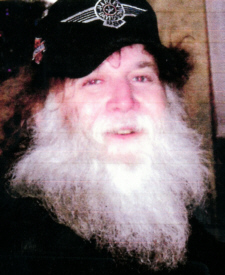 Kenneth Lee Salyer, 53, passed away at his residence Sunday evening at 8:25 p.m. January 25, 2015 after a long illness. Kenneth was born to Charles Sr. and Syntha (Howard) Salyer in the Stark County Hospital Knox in Indiana on July 15, 1961.
Kenneth was a self employed truck driver for many years. He was an avid Harley Davidson motorcycle enthusiast, treating his motorcycles as though they were his children. Kenneth was an Abate Chapter Region One member for 13 years. He enjoyed watching old western shows on television, and loved to scratch off instant lottery tickets.
Kenneth is survived by mother Syntha Salyer of Argos, and by his two daughters, Rebecca Salyer and Janet Garbas both of Plymouth and six grandchildren. His siblings are: Charles Salyer Jr. and long time companion Brenda Carter of Plymouth, Barbara Pritchett of Argos, Judy (Jeff) Pritchett of Rochester and Janet Salyer of Palestine. Also surviving are several nieces and nephews, including Bruce Salyer whom he treated as his own son, and his uncle Basel (Evalee) Hale of Pierceton.
Kenneth was preceded in death by his father, Charles Sr.
Visitation will be held at Johnson-Danielson Funeral Home, 1100 N. Michigan St., Plymouth, Indiana from 4:00p.m. – 7:00p.m. EST on Thursday January 29, 2015
Funeral Services will be held on Friday January 30, 2015 at 11:00a.m., EST in the Johnson – Danielson Funeral Home, with Rev. Charles Krieg officiating. Burial will follow at Bass Lake Cemetery.
Memorial contributions may be made in Kenneth’s name to Abate Chapter Region One P.O. Box 665 Bargersville, IN 46106