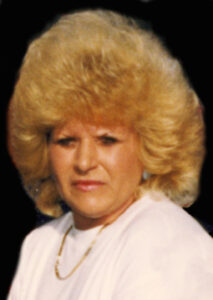 Kimberly D. “Kim” Blount, 52, a resident of Hillcrest Avenue, Plymouth, passed away following an illness on Thursday, February 10, 2011 at 3:45 p.m. in the Miller’s Merry Manor, Plymouth.
Kim was born on February 9, 1959 in South Bend, Indiana, the daughter of Leonard I. & Ruby J. (Beauchamp) Smith. She was raised in South Bend and attended Riley High School.
On March 19, 1988 in LaPaz she became the bride of Robert D. Blount.
Kim was a school bus driver for 14 years with the Union-North School System. She also worked with Special Ed students.
She along with her family loved stock car racing. Kim was a friendly outgoing person who liked to play bingo.
Surviving are her spouse Bob, son Chad Curtis Blount and his wife Stephanie of Concord, North Carolina and their son; grandson Cale Curtis Blount. Her mother Ruby Smith of Lakeville survives as well as her brother; Tab C. Smith and his wife Marcia of Huntersville, North Carolina and mothers-in-law; Vickie Guhse of Rochester and Patricia Blount of LaPaz. She will also be missed by many nieces, nephews and friends.
Kim was preceded in death by her father and a brother; Douglas A. Smith.
Visitation for Kim will be held on Sunday, February 13th from 1 – 6 p.m. in the Johnson-Danielson Funeral Home, 1100 N. Michigan St. Plymouth.
Services will be held in the funeral home on Monday, February 14th at 10 a.m. The Rev. Les Johnson, chaplain with St. Joseph Regional Medical Center. Burial will follow in New Oakhill Cemetery, Plymouth.
Preferred are memorial gifts in Kim’s memory to Center for Hospice Care, 112 S. Center Street, Plymouth, Indiana 46563
Funeral Director – Randall L. Danielson – randy@johnson-danielson.com