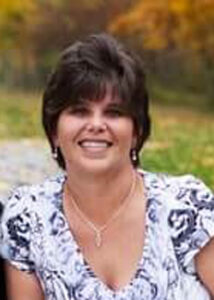 Kimberly M. Lara, 45, passed away early Tuesday morning April 3, 2018 at Memorial Hospital of South Bend. After receiving a second chance at life with a kidney donation, Kim passed this gift onto others as an organ donor.
Kim was born in Knoxville, Tennessee March 9, 1973 to Brenda G. Richards and Jerry D. Nichols. She received her Associates Degree in Psychology from the University of Phoenix.
She worked at the Congo Mini-Golf in Florida and loved handling the alligators. Kim attended the former Sunrise Chapel in Plymouth and sang on the Praise Team, as well as, being involved in the church in any way that was needed.
Kim had a beautiful smile that drew people to her, and many confided in her and she shared many prayer chains. She was a strong woman who fought hard with any life challenges that were thrown her way. If she ever felt like giving up, she played â€œThis is My Fight Songâ€ and all was well after.
Family was everything to Kim, and her grandbabies, she couldnâ€™t spoil and love enough. She would do anything for them and her children. She enjoyed trips with her family and get-away weekends with her mother and sister.
She is survived by her children: Michael Ceballos of Philadelphia, TN, Karah Ceballos of Argos, Walter Scott Skinner of Louisiana and John Lara Jr. of Argos; grandbabies: Dominic, Gracelyn, Klarissa and Sarah; her mother and step-father, Brenda and Kiler Richards of Argos; siblings: Angie (Larry) Snyder, Mark (Andrea) Richards and Josh Richards; and many nieces, nephews and friends.
Kim was preceded in death by her father, Jerry; son, Jonathan Charles Ceballos; infant twins; her first husband, Juan Ceballos; maternal grandparents, Audrey and Bud Lee; and paternal grandparents, Henry and Linda Nichols.
Visitation will be held on Sunday, April 8, 2018 from 3-5 p.m. in the Johnson-Danielson Funeral Home, 1100 N. Michigan Street, Plymouth.
Funeral services will be held at 11 a.m. on April 9, 2018 in the Plymouth Community Church, 11802 Lincoln Highway, Plymouth, with Pastor Nick Stanton officiating. Visitation will resume one hour prior to services in the church.
Burial will be in the New Oak Hill Cemetery, Plymouth.
In lieu of flowers, memorial contributions can be made to the Indiana Donor Network, 3760 Guion Road, Indianapolis, Indiana 46222.