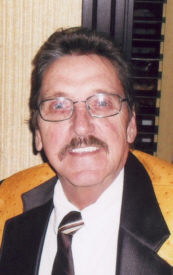 Larry A. Ketcham, bravely faced his extended illness and on Saturday morning the 5th of February, 2011 he received his heavenly reward. With his family at his side, Larry died at the age of 61. Formerly of Plymouth, he has been a resident of LaPorte for over 20 years.
Larry was born in Plymouth on April 3, 1949, the son of Richard E. and Dollie M. (Samuels) Ketcham. His father preceded him in death on August 6th, 2009. He graduated from Plymouth High School with the Class of 1967. Richard’s career as a professional semi-tractor trailer driver allowed him to enjoy the view every minute in his rig over the road. But he loved Jesus and his family with whom he shared playing his acoustic guitar and singing gospel music. And, let’s not forget NASCAR racing.
His family describes him as the ‘best’ husband and father, always showing concern and compassion for others, he was giving and passionate about his beliefs.
He was as a member of the Calvary Baptist Church in LaPorte. On October 14, 1967 in Knox, Indiana he married Jewel D. “Julie” (Allen) Ketcham who survives with their two children; Haley M. Ketcham and Caleb J. and his wife Brittany T. Ketcham all of LaPorte. Also a member of the family was his ‘miniature’ Doberman, “Rukie”.
His mother Dollie of Plymouth survives with a brother and three sisters. They are: Lon R. Ketcham of California, Marcia Allen of Bremen, Della Watson of Argos and Nancy Harbaugh of Plymouth.
He was preceded in death by his brother John on February 14, 1975 and his father.
Visitation for Larry will be from 1 – 3 p.m. EDT on Tuesday, February 8th in the Johnson-Danielson Funeral Home 1100 N. Michigan Street, Plymouth. Services will follow at 3 p.m. EDT with Pastor Curtis Southwood officiating.
Burial will be in the Gross Cemetery near Plymouth.
Memorial gifts may be made to the Calvary Baptist Church – Building Fund 1808 I Street, LaPorte, Indiana 46350.
Funeral Director – Randall L. Danielson – randy@johnson-danielson.com