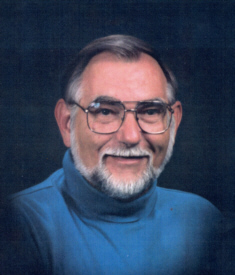 Larry Allen Hoedema, 79, of Plymouth, passed away Sunday, June 19, 2016 in the Plymouth â€“ Millerâ€™s Merry Manor. Larry was born February 17, 1937 in Dearborn Michigan to the late Leonard S. and Alice E. (Oliver) Hoedema.
He graduated from Bellville High School in 1955 alongside his wife, Barbara Joan. He then graduated from the University of Michigan Stamps School of Art and Design with a B.S. in Industrial Design in 1962. On September 6, 1958, Larry married the love of his life, Barbara Joan Smith, and they spent each day of the next fifty-seven years at one anotherâ€™s side. They lived most of their married lives and raised their children Susan Alice and Lisa Ann in Hillsdale, MI.
Larry worked for Addison Products in Addison, Michigan from 1966-1990, where he designed heating and cooling units as an Industrial Designer. Larry enjoyed listening to jazz music, sailing, painting, and especially loved woodworking and carving. After working in the industry for 24 years, â€œAllenâ€ started his own business called â€œA Hole in Timeâ€ crafting unique contemporary hardwood clocks and selling them at various art fairs and galleries. In 1990 he began exhibiting in juried art and craft shows in Michigan, winning many awards for his designs. Larry was most proud winning a Niche Award in 1996 for Outstanding Design and Technical Mastery for his clock designs.
He is survived by his wife, Barbara Joan Hoedema of Plymouth and daughter and son-in-law, Lisa Ann and Steven Freigang of Bayside, Wisconsin. Also surviving are his five grandchildren: Anja Elise, Ella Ann and Craig William Freigang, and Ian Edward Allen and Hayden Michael Lawrence Bardwell. Sometimes the size of your family is simply expanded by the size of your heart. Larry is also survived by daughters of the heart Andrea Moeller of Hamburg, Germany, and Kristi Yoder of Claypool, IN.
Larry was preceded in death by his beloved parents, daughter Dr. Susan Alice Bardwell (who passed away August 25, 2012), brother, Jerry Hoedema, and a son-in-law Michael Bardwell. A memorial service celebrating Larryâ€™s legacy will be held at 2:00 PM Saturday, June 25, 2016 in the Johnson-Danielson Funeral Home, 1100 North Michigan Street, Plymouth, Indiana 46563, with Pastor David Hogsett officiating. Friends may visit with the family from 12:00 PM until time of service on Saturday. Memorial contributions can be made to the American Cancer Society, 130 Red Coach Drive
Mishawaka, Indiana 46545, or in Larryâ€™s name to the University of Michigan Stamps Art and Design Alumni and Friends Scholarship Fund at https://leadersandbest.umich.edu/find/#!/give/basket/fund/315519
To make a donation by mail, send the letter to the following address:
The Office of University Development
C/o Gift and Records Administration 3003 S. State Street Ste 8000
Ann Arbor, MI 48109
Please include the fund number 315519 and tribute on the memo line or in an attached letter, and make out the check to The University of Michigan.