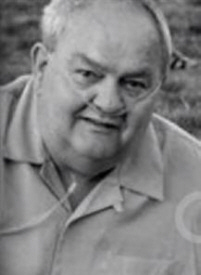 Larry Dale Clevenger, 62, died in the arms of his wife at 4:10 p.m. Tuesday, September 3, 2013 in their home in Inwood. He died after several years of battling lung disease.
“THE Man of Inwood,” as he was lovingly known by family, friends and neighbors, was born December 27, 1950 in Rochester to Harold Dean Clevenger and Elnita Ruth (McClain) Hart of Argos. In 1963, the family moved to Inwood where he had lived for 50 years. He met Linda Kay Alwine when they were pre-teens and he immediately knew he would marry her some day.
They were married September 5, 1970 at the Plymouth Church of the Brethren. Thursday would’ve been their 43rd wedding anniversary.
Larry is survived by their two daughters, Brandy L. (Josh) Yeazel and Chastity B. (Ryan) Marley, of Plymouth. He is also survived by five grandchildren: Zakaria Clevenger of Inwood, Kaylie Clevenger of St. Mary’s College, Tiffanie Marley, Gabrielle Yeazel and Abrielle “Do-Dah” Yeazel of Plymouth. Also surviving are one sister, Virginia (Gary) Sullivan of Paulden, Arizona; a brother, Harold “Butch” (Karen) Clevenger of Walkerton; a brother, James (Linda) Clevenger of Bremen; and “his trusty guard dog, Tip.”
Larry was preceded in death by his father and by a beloved pet bull dog, Pete. Although he told people he believed he would live forever, Larry knew death was near and voiced his opinions as to how he should be remembered. Because there are only about 35 houses in Inwood, and the most popular business is the Clevenger’s soft drink machine, he said he was the “King of Inwood.” Although he said he would’ve settled for “mayor,” he knew his wife would prefer to be “queen,” so he chose to be “king.”
He does not want to be thought of as “dead;” instead, he should be thought of as “whaling off the coast of Maine.” Larry lived a happy and simple life, saying he was happy as long as he had “cigarettes, bologna, and T.V.” He especially liked watching wrestling and Kyle Busch in NASCAR races. He was “the best dad ever” and preferred to be at home with his children, grandchildren, and dogs.
Larry was a retired plant manager at Fairmont Homes in Nappanee.
He was also a veteran of the Vietnam War where he served in the heavy artillery division of the U.S. Army.
As per the family’s wishes, cremation has taken place. Graveside services will be in the New Oakhill Cemetery at 11 a.m. on Tuesday, September 10, 2013 with Military Honors provided by members of the American Legion Post 27, Veterans of Foreign War- Marshall County Post 1162 and D.A.V. A celebration of Larry’s life will follow at the home of James and Linda Clevenger in Bremen.
Memorial contributions can be made to the family.