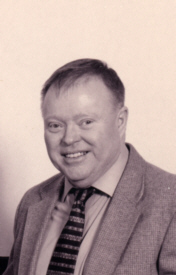 Larry Douglass Norman, 73, Plymouth, passed away at home following complications from surgery at 7:30 a.m. on Friday, February 19, 2016.
Larry was born September 5, 1942 in South Bend, Indiana, to the late John Wesley Sr. and Lodema L. (Douglass) Norman. He graduated from Culver High School with the class of 1960, and then furthered his education at IU-South Bend and the Missouri Auction School. He was always learning something new.
On September 25, 1965, he married Treva Mitchel, and to this union came three children: Rebecca, Timothy and Sarah. Larry served as a paratrooper in the Army National Guard until his Honorable Discharge in 1969. He retired from the Bayer Corporation after 20 years as a medical engineer. He was presently teaching English as a second language at the Plymouth Library and Plymouth High School.
Larry enjoyed attending various church services on Sundays. He was a member of the Burr Oak Church of God and attended the Poplar Grove Church for 33 years. He was a charter member of the Indiana EMT Association. He volunteered for Culver EMS, and was a member of the I.O.O.F. Maxinkuckee Lodge, Indiana Auctioneer Association and the Toastmasters Club.
He is survived by his wife, Treva, and children: Rebecca (Roger) Hartman, Timothy Norman, and Sarah Norman. Also surviving is a brother, John W. Norman Jr., as well as many nieces and nephews.
Larry was preceded in death by his parents and siblings: Charles Richard Norman, Donald Norman, Betty Berg and Doris “Evelyn” Norem.
The family will receive friends from 4-7 PM EDT on Monday, February 22, 2016 in the Johnson-Danielson Funeral Home, 1100 N. Michigan Street, Plymouth. Funeral services will be held at 11:00 AM EDT on Tuesday, February 23, 2016 in the Poplar Grove United Methodist Church, State Road 10, Culver, with Pastor Henry Strunger officiating. Visitation will continue in the church after 10 a.m. until time of services.
Burial will be in the Poplar Grove & Maxinkuckee I.O.O.F. Cemetery.
Music was Larry’s greatest enjoyment. Memorial contributions may be directed to any church or school music department.