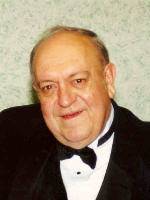 When the people who called Larry Roahrig friend, co-worker and boss speak of him, the first thing they talk about is his honesty, dry sense of humor and deep love of and pride in his family. “He was like a brother to me,” Budd Treat of Treat’s Squire Shop where Larry worked for 36 years, said. “He was hard working and straight forward and people appreciated that.” Larry, 60, a lifetime Plymouth resident, living at 1801 Westgate Ave., Plymouth, died at 8:11 a.m. on Tuesday, March 4, 2003 , in St. Joseph Regional Medical Center , Plymouth . He had suffered an allergic reaction to a prescribed medication. Born in Plymouth on April 5, 1942, the son of Joel C. and Geraldine M. Brockus Roahrig, Larry graduated from Plymouth High School with the class of 1960. He attended Ball State University and also took several business classes at the University of Notre Dame. In 1963, Larry enlisted in the United States Marine Corp, serving for 18 months in Viet Nam. A Staff Sergeant he remained in the Corp until 1967. On November 7, 1964, in Plymouth, Larry and his beloved Margaret E. Dodson were married. The couple renewed their vows in a heartfelt ceremony in 2000 at St. Mary’s of the Lake Church in Culver. Friend and spiritual advisor, Father Jeffery Largent, who will now officiate at the Mass of Christian Burial, performed the ceremony. Prior to entering the service, Larry worked at the Ball Store and Kreighbaum’s Marathon Station. When he returned, he went to work at Treat’s Squire Shop. He was known for his expertise in fitting his customers for alterations. Larry followed all sports and was particularly proud of his son’s many athletic achievements. His collegiate school of choice was Purdue and professionally the Chicago Bulls. Larry played many years on the Phi Delts men’s softball team. He played a great game of golf and had learned the game when he worked as a caddie for many on local links. A former member of the Plymouth Country Club, he was a Phi Delt, a Plymouth Athletic Booster, a member of Moose Lodge #741 and American Legion Post 27. Larry is survived by his wife, Margaret and by their two sons and their families. His sons are Larry Joel Roahrig, Jr., Logansport , Ind. , and Timothy W. ( Shannon ) Roahrig, Saunemin , Ill. A grandson, Chad Michael Roahrig and granddaughter, Amanda Kaye Roahrig, both of Logansport, Ind., and granddaughters, Caley Margaret Roahrig and Mackenzie Marie Roahrig, both of Saunemin, Ill., also survive. Michael C. Roahrig, a brother, of Rochester, Ind., survives as well, together with numerous family and friends. Larry loved people and children throughout the community; they returned his affection and will mourn his loss. He was preceded in death by his parents. Visitation will be from 2 to 8 p.m. on Thursday, March 6th in the Johnson-Danielson Funeral Home, 1100 N. Michigan St. , Plymouth . Visitation will conclude with a Vigil Service in his memory. A Mass of Christian Burial for Larry will be at 11 a.m. on Friday, March 7th at St. Michael’s Roman Catholic Church, 612 N. Center St. , Plymouth . The Rev. Father Jeffery Largent, his former pastor, now at St. Patrick’s Church, Fort Wayne , Ind. , will officiate. Burial will be in New Oakhill Cemetery, Plymouth, where military rites will be accorded him by the Veterans of Foreign Wars, Marshall County Post 1162.
Memorials in Larry’s name may be made to the Plymouth High School Athletic Department or for Masses.