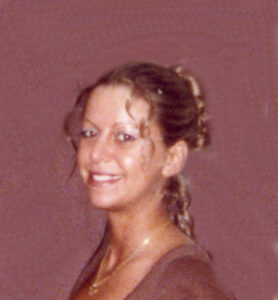 Latisha Lee “Tisha” Birchmeier, 33, of Plymouth, passed away unexpectedly at her home on Wednesday morning, October 12, 2011. She has been a Thayer Street resident for the past three years.
Tisha was born on July 26, 1978 in Morehead, Kentucky, the daughter of James W. Campbell and Loretta J. (Wallace) Campbell. Her mother preceded her in death on August 13th of this year. Her father Jim resides in Kewanna, Indiana.
The family moved to northwest Indiana from Kentucky and she attended Griffith Senior High School.
On March 17, 2006 in Plymouth, she married Brandon A. Birchmeier who survives.
She was a homemaker and mother of four children. They are: Dylan Campbell of Culver, Cameron Foy of Munster, Ind., Gage A. Birchmeier and Raven L. Birchmeier both at home. A brother James C. Campbell of Putnamville and in-laws; Jeff and Angie Birchmeier of Plymouth also survive.
Tisha was also preceded in death by a sister Kelly Campbell.
Family services will take place. Memorial gifts may be made to the family.