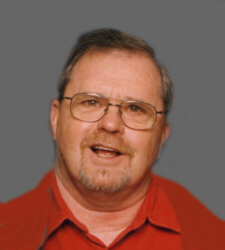 Lawrence L. Cox, 66, of Laconia, New Hampshire, died at 3:43 a.m. Wednesday, August 13, 2008 in Starke Memorial Hospital, Knox, Indiana.
The son of Leslie W. and Ruth Chittick Cox, he was born July 5, 1942 in Oak Park, Illinois.
Lawrence is survived by his wife, Charlotte Holman Cox of Laconia, New Hampshire, two daughters and two granddaughters: Lauren Andrea (Benjamin) Cox Escoto and their daughters: Anna and Emma, all of Mexico City, Mexico and Allison Elizabeth (Scott) Cox Snyder of Concord, New Hampshire, his mother, Ruth Chittick Cox of Plymouth, Indiana, a sister, Anne (Fred) Benner of Plymouth, Indiana and a brother, Robert W. Cox of Columbia, South Carolina.
He was preceded in death by his father and a brother, Kenneth A. Cox.
Memorial services, officiated by Rev. Dr. E. Dean Fager, will be held at 1:00 p.m. on Friday, August 15, 2008, in the First United Methodist Church, 400 S. Michigan St., Plymouth.
Memorial gifts may be made to the First United Methodist Church choir.