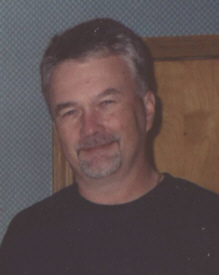 Lee A. Bowman, 55, and an lifetime Plymouth resident, passed away peacefully at 4:10 a.m. on Tuesday, March 4, 2014 at Pilgrim Manor, Plymouth.
Born May 29, 1958 in Plymouth, Lee was the son of Leslie V. Bowman and Alberta R. (Ball) Bickerstaff. His father preceded him in death on December 18, 1971. He graduated from LaVille High School in 1976.
Lee was a truck driver for 27 years for various companies. When we wasn’t on the road, he was an outdoorsman. He loved hunting, trapping, fishing and camping. He was also a NASCAR fan.
Lee is survived by his mother, Alberta (Bill) Bickerstaff of Plymouth and his brother, Greg A. Bowman of Sparta, TN; his niece Tonya (Wes) Phaychanpheng and their children Kylie, Kobe and Tyler of Jamestown, TN, and his nephew Troy Bowman and his children Bryant and Gavin of Mishawaka.
He was preceded in death by his sister-in-law Donitta Bowman.
Burial will be in the New Oakhill Cemetery at a later date.