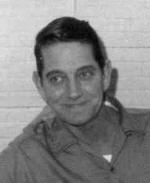 Lee F. Thompson, 81, a 309 Lewis St., resident for the past 41 years coming to Plymouth from southern Illinois, died following an extended illness on Sunday, Nov. 25, 2001. Lee died in St. Joseph Regional Medical Center, South Bend, at 11 p.m. He was born on December 17, 1919, in Carrier Mills, Ill., the son of Ernest and Anna Weaver Thompson. Educated in Illinois schools, Lee served in the United States Army during W.W.II. A sergeant and Radar Crew Chief, he earned three battle stars during his 25 months in the European Theater. First married to Ollie Cooper from 1941 until her death in 1944, he was then wed to Joan Norris of Culver from 1946 to 1958, she also preceded him in death. His third wife is Helen L. Warner who he married in Plymouth on July 17, 1961, she survives. His lifelong career was as a Union carpenter. He enjoyed many crafts and making wooden tables. He was a collector of old bottles. A member of the Plymouth Moose Lodge 741, Lee also was a member of the VFW Post 1162. He is survived by his wife, Helen, and by five daughters, a son and a step-son. His daughters are: Sharon Norris Miesel, Stafford Springs, CT., Katie Norris Janes, Indianapolis, Ind., Molly Norris Milliser, Middleton, Ohio, Barbara Norris Johnson, Washington, Ind., and Sandra Cooper Turner, Eldorado, Ill. John Shafer, Fortville, Ind., is his surviving son and Ronald L. Warner, Plymouth, his step-son. Other survivors are a step-grandson, Miles Warner, Plymouth, numerous grand and great-grandchildren and several nieces and nephews. A sister, Ethel Woeltjen, Bradenton, Fla., and a brother, Bill Thompson, Rogers, Ark., also survive. Lee was preceded in death by his parents, Loren Thompson, a brother and Maxine Parks, a sister. Friends may visit with the family at the Johnson-Danielson Funeral Home, 1100 N. Michigan St., Plymouth, on Thursday, Nov. 29, 2001, from noon to 2 p.m. Funeral services following visitation at 2 p.m. will be held in the funeral home. The Chaplain, of VFW Post 1162 will conduct the ceremony. The VFW will hold special military graveside rites at New Oakhill Cemetery, Plymouth. Memorial gifts in Lee’s memory may be given to the Marshall County Humane Society.