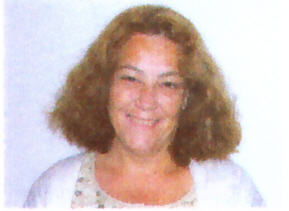 LeeAnne Hundt, 13490 West 5th C Road, Plymouth, Ind., died of natural causes at 11:45 a.m., on Monday, November 12, 2007, in Parkview Hospital, Fort Wayne, Ind.
LeeAnne was 47- years- old.
Born in Tucson, Ariz. on August 21, 1960, she was the daughter of Bill Self and Dee Anne Shake.
A graduate of Laramie High School, she received her Bachelor’s degree in Nursing at IUSB.
On June 25, 1978, in Laramie, Wyo., Lee Anne and Gene Hundt were married.
She worked as a nurse in the Michiana Behavioral Health Care and as a travel agent at the Elite Travel Agency. A beautiful, active woman, she loved to spend time with her grandchildren and friends. She enjoyed dancing, camping and bowling.
An Indianapolis Colt and Notre Dame fan, she enjoyed watching the games and cheering for her teams.
She was an avid reader and liked to travel.
She gave generously of her time and talents to her friends, neighbors and community.
In 2002, LeeAnne was given the Community Leadership and National Leadership Award. She was named as a Who’s Who Among University Students in 1992-1993 and had also been honored with an American Red Cross Fund Raising and Services Award.
LeeAnne is survived by Gene, her husband of 29 years, and by their two children: a son Chad, and daughter, Trisha and Jesse Hemminger all of Plymouth. Three grandchildren and one more on the way survive as well.
LeeAnne’s mother and step-father, Dee and Francis Shake, Ariz. and her father and step-mother, Bill and Rama Self, Colo, also survive, together with a sister and three brothers. They are Debbie (Vince) Johnson, Ariz., David (Reasa) Shake, Ariz., Devlon (Michele) Self, Ga, Shannon and Largwin, Ga, and Randy (Shari) Self, Tenn.
LeeAnne’s family invites friends to come and share memories and celebrate her life from 3 to 8 p.m. on Friday, Nov. 16, 2007, in the Johnson-Danielson Funeral Home, 1100 N. Michigan St., Plymouth.
Funeral services for LeeAnne will be in the funeral home at 10 a.m. on Saturday, Nov. 17, 2007. John Kreischer, will officiate.
Burial will be in the New Oakhill Cemetery.