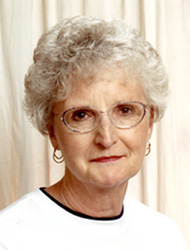 Lena â€œPatâ€ Carnahan, 81, a former resident of Lowell, Indiana, passed away peacefully in the Catherine Kasper Life Center at Donaldson. In 2008 she became a resident of the Maria Center where she enjoyed the tranquil surroundings and spiritual enlightenment.
Pat was born the daughter of Walter Joseph Plourd and Mary (Phipps) Plourd on December 11, 1935 in Kansas City, Missouri. The family moved to Ohio where she graduated from Champion High School in Warren with the Class of 1954. She lived in Girard, Ohio until 1973 prior to moving to Gary and then Lowell. She was a 35 year employee of St. Anthony Hospital in Crown Point. Pat formerly attended the South Lake Christian Church where she was a member of the choir. She loved animals and had many pets through the years. Pat enjoyed sewing and making birthday cakes for her family.
She and her former husband, John M. Carnahan Jr. became the parents of three children. Their families are: Kathy L. Chodecki of Valparaiso and her children Jenna, Jessica and Jillian along with two great-grandchildren, Debbie S. (Dale) Hopper of Port St. John, FL and her son Aaron and one great grandchild and Alicia J. Wade of Valparaiso and her children James and Heather.
Preceding in death were her parents, former spouse John, brother Walter Plourd and son-in-law Lloyd Wade.
Visitation will be held on Monday July 10th in the Catherine Kasper Chapel located at 9601 Union Road, Donaldson, from 9:30 to 11 A.M. EDT. A Mass of Christian Burial will follow at 11:15 A.M. with Fr. John Zelmeko presiding.
Burial will be in the New Oak Hill Cemetery in Plymouth.
Memorial gifts in her name may be made to the Catherine Kasper Home, P.O. Box 1, Donaldson, IN 46513.