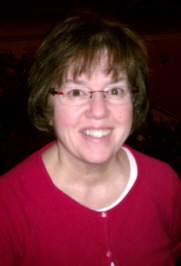 Lenore Patricia Munroe, 63, of Plymouth, passed away Sunday in Loyola University Medical Center – Maywood, IL from complications of a July 14th heart attack.
Le was a former resident of Leominster, Mass. and moved to Plymouth in 2004. She was known to many as a cheerfully helpful small claims deputy in the Marshall County Clerk’s office over the past eight years.
Born in Cambridge, Massachusetts on March 22, 1951, Le is one of Charles L. and Alice B. (Mulqueeny) Munroe’s six children.
She received her education at Acton-Boxboro High School graduating with the Class of 1969. Le then attained her bachelor’s degree in Elementary Education from Framingham College also in Mass. For many years Le served as subsidiary computer programmer for the Digital Equipment Corporation then becoming Electronic Data Systems. Le was a member of St. Michael Roman Catholic Church in Plymouth, having served on the School Board many years. She was also a longtime volunteer with St. Joseph Regional Medical Center – Plymouth Campus. With a sense of her giving to others, Le was enrolled into the Gifts of Hope donor services program in Illinois.
She enjoyed playing the piano, reading, completing crossword and Sudoku puzzles along with playing Bunco with family and friends. She was thought of as the World’s Greatest Aunt.
Le is survived by her sisters, brothers and loving nieces and nephews. They are: Paula M. (Ronald Sr.) Babcock of Plymouth and their children; Kelly (Duffy) Walsh and Ron Jr. (Sandra) Babcock, Mary C. Spoor of Plymouth and children; Bryan and Christopher Spoor, Charles L. Sr. (Karen) Munroe of Concord, NH and their children; Justin (Jessica) Munroe, Chaz and Haley Munroe, John P. (Nancy) Munroe of Littleton, MA and their children; Shawn, Patrick and Katherine Munroe, and James R. (Cheryl) Munroe of Mt. Gilead, OH and their child Melanie Munroe.
She was preceded in death by her parents.
Family and friends will gather to celebrate her life on Friday, August 15th from 4 – 8 p.m. in the Johnson-Danielson Funeral Home, 1100 N. Michigan St., Plymouth where a rosary will be recited at 7:30 p.m.
A Mass of Christian Burial will be held on Saturday, August 16th at 10 a.m. in St. Michael Catholic Church, 613 N. Center St. Plymouth where calling will resume after 9:30 a.m. until time of services. Fr. John Korcsmar C.S.C. will officiate.
Burial in St. John’s Cemetery, Cambridge, Mass. will be at a later date.
Preferred are memorial gifts to St. Michael Catholic School, 612 N. Walnut St., Plymouth, IN 46563.