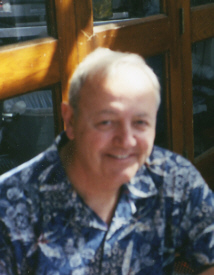 Lifetime Marshall County resident, Leo Edward Figg, 64, died following a short illness at 6:30 a.m. on Friday, February 3, 2006. Leo died as he wished in the comfort of his home with his loving family at his side. His family has made 13146 Custer Drive their home for the past 40 years.
Born July 10, 1941 in South Bend, Indiana, he was the son of Delmas and Georganna (Van Steenbert) Figg. He graduated from LaPaz High School with the Class of 1959.
On June 3rd, 1962 in Plymouth, Leo took as his bride the former Mary ‘Kay’ Hartman, with whom he enjoyed traveling and just spending time with family.
Leo served his country in the U.S. Army during the Vietnam War and was honorably discharged in November of 1972.
His career in telecommunications spanned 34 years with the United Telephone/Sprint Co. After retiring he traveled the area delivering for the Aurora Casket Co. this kept him active and able to meet and visit with various people. You knew you had a friend in Leo Figg.
Leo loved the outdoors; fishing, hunting and playing with his three cherished grandchildren. He enjoyed following local basketball teams and many other sports.
Surviving is his beloved wife, Kay and their two sons; Tim E. (Tracy L.) Figg and Eric S. (Sara R.) Figg all of Plymouth along with his grandchildren; Cassie, Dakota and Madison.
A brother, Kenneth (Marylan) Figg of South Bend and a sister, Maxine (James) Burrows of Niles, Michigan also surviving are; several nieces and nephews and a close circle of friends.
He was preceded in death by his parents and a brother Rex Figg.
Friends will be received by the family on Monday, February 6, 2006, from 3 – 8 p.m. in the Johnson-Danielson Funeral Home, 1100 N. Michigan St., Plymouth. A service to celebrate his life will be in the church where he has long worshiped – Sunrise Chapel, 11802 Lincolnway East, Plymouth, on Tuesday, February 7, 2006 at 11 a.m., Pastor Rustin Krapfl will officiate. Friends may call at the church for one hour prior to services.
Burial will follow in the Burr Oak Cemetery, Burr Oak, Indiana.
Memorial gifts may be made to the Agape Children’s Fund, P.O. Box 454, New Castle, Indiana 47362.