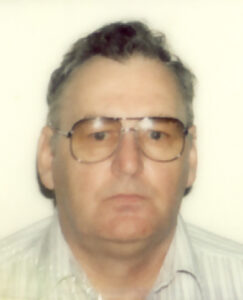 Leon Burke, 72, of 312 Alexander Street, Plymouth died Tuesday January 22, 2008 at 9:43 am in Saint Joseph Regional Medical Center, Mishawaka. Leon was born June 21, 1935 in Philadelphia, PA to Raymond and Mary (Muldoughney) Burke.
51 years ago he and Mary P. Ready were married December 7, 1956 in Maryland, Pennsylvania.
After graduating high school Leon joined the Navy, he served during the Korean War; he was also a Merchant Marine. After serving his country he pursued a career as a police officer, he was on a K-9 unit with his partner Baron (his dog). After being on the K-9 unit he became an under cover officer often disguised as a priest. Upon retirement Leon drove a school bus for a year and then worked as an assistant supervisor for the Frankfort Hospital in Philadelphia. Leon enjoyed woodworking, fishing, and traveling around to different campgrounds to go camping.
He is survived by his wife Mary, three daughters Marylee Burke, Joan T. Burke, Both of Plymouth, IN, Deborah A. (Virgil) Payton, Mobile, AL, one son Leon Burke, Philadelphia, PA, five grandchildren Nicole and Leon of Philadelphia, PA, Debbie, Joseph, and William, of Plymouth, IN, one sister Pat (Edward) Polinski, North Carolina and a niece Rosemond (Bob) Smith, Morton, PA survives as well.
Leon was preceded in death by his parents, two brothers Joseph and Raymond, and two sisters Margaret and Tootsie.
A time of sharing with family and friends will be held Wednesday January 30, 2008 from 10 am to 11 am in St. Michael Church. A funeral liturgy officiated by Father William Kummer will directly follow at 11 am.
Memorial contributions may be given to the charity of the donor’s choice.