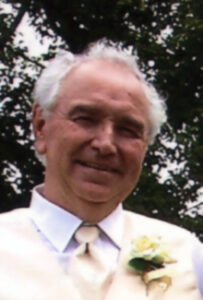 Leonard Noah Brewer, a Marshall County resident for most of his life, passed away of natural causes in South Bend Memorial Hospital at 3.54 a.m. on his 68th birthday, Saturday, February 1, 2014.
Leonard was born in 1946, the son of Herman C. and Venna (Motter) Brewer in Lincoln County, Kentucky.
Leonard always said he was educated in the hills of Kentucky. Leonard joined the United States Army and served with the 101st Airborne in the Vietnam era.
On July 1, 2006, in the House of the Lord, Plymouth, Leonard and Ellen M. Wieger were married. They had a joy filled marriage.
Leonard retired in 2008 after 15 years as a shipping clerk with Accraline Inc. in Bremen.
Being one of God’s faithful servants to the House of the Lord, he loved helping with the church’s food pantry.
He loved fishing and riding around on his pontoon at Koontz Lake. His favorite thing was spending time with his family. He was proud to have been a Masonic Lodge member in Kentucky.
Leonard is survived by his wife and his children. They are daughter, Karen Y. (Ernie) O’Connor and grandchildren Matt (Bonnie) Dreibelbis, Sarah (Josh) Hall and great-grandchildren Kiley, Nevaeh and Chloee. Two sons Brian L. (Jennifer) Brewer, and grandchildren, Patric Middleton, Brian Brewer and Becky Brewer, and Basil C. (Heather) Brewer, and grandchildren Teara, Kaylee, Basil and Ezra Brewer.
Three stepchildren also survive. They are Vanissa (Josh) Stoner, and their children Eliana Stoner and Xavier Stoner. Cilestia Buck, and their children: Justin, Alexia and Tyreese Buck and Divvad Nieubuurt.
Eleven brothers and sisters also survive. They are Ralph (Johnnie) Brewer, Earl (Linda) Brewer, Ernest (Sandie) Brewer, Lorine (Forest) Haddix, Carl Brewer, Nellie Elswick, Clarence Ridenour, Marvin (Annette) Ridenour, Joanna (Donald) Johnson, Keith (Brenda) Brewer and Erma (Roger) Plummer along with a host of nieces and nephews. Leonard was preceded in death by his parents, a grandson Jacob Calvin Brewer, two brothers Leo Ridenour and Ross Brewer and two sisters Zelnora Morgan and Donalda Ridenour.
Visitation will be on Wednesday, February 5, 2014, from 2 – 6 p.m.EST, in the Johnson-Danielson Funeral Home, 1100 North Michigan Street, Plymouth, Indiana. Funeral services, presided by the Rev. Stephen Patrick, will follow visitation at 6 p.m. EST. A presentation of the American flag, will be held immediately following by acting Commander Julian Keiser of the American Legion Post 27 in Plymouth.