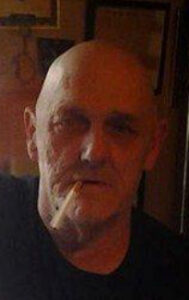 Leonard W. “Lee” Sargent went to be with his parents on the morning of Monday October 20th, 2014. He is the son of Allan F. and Lillian (Monpetite) Sargent and was born in Ogdensburg, New York.
He had a very interesting life with his family and friends. Telling stories of all kinds and helping any person in need, if he could. Lee was caught bragging about his family and grandchildren whenever he got the chance.
“Sarge” as he was known to many, was a Vietnam Army veteran who loved his country. He received a Silvers Star, numerous Purple Hearts and the Distinguished Service Cross. He was written about in a novel and entered into the Library of Congress. He was a member of the LaPaz American Legion Post 385.
He is survived by his wife of 37 years Gail (Levesque) Sargent, daughters Nancy Sargent and Michelle Mattice (fiancé Rocky Lyke) and her four children. His boy Eric (wife Shannon)Wolfe and his three children along with longtime family friends: Jessie Cassels, Robbie King, Kathy Dean, Cathy Moncrief, Richard Lyke and Harold Casey. A special thank-you to Ralph & Fern Costello along with David Gee and his family.
Also surviving is an older sister Sharon Hollister of NY, a younger sister Christine (Mrs. Milt) Cumbie of FL and younger brother Alan Sargent of NY.
In keeping with Lee’s wishes, cremation will take place and there will be no formal services held. The Johnson-Danielson Funeral Home is assisting with arrangements.
Donations in his memory may be made to Disabled American Veterans – Marshall County Post 42, c/o 4632 Queen Road, Plymouth, IN 46563 or the Wounded Warrior Project, P.O. Box 758517, Topeka, KS 66675
The family wishes to thank everyone who have been so supportive in their time of need.