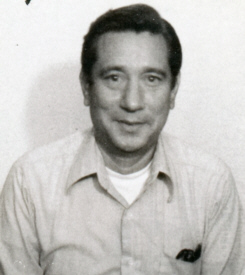 Leonardo “Leo” Abriam, 79, Plymouth, went to be with the Lord Thursday, October 8, 2015, at his residence.
He leaves behind his loving wife of forty-one years, Janet (Roseland) Abriam, who survives. They were married on October 27, 1973 in Chicago, Illinois at Good Shepard Lutheran Church in Chicago. Leo worked at Western Electric in Chicago until his retirement. In 1989 Leo and Janet moved to Plymouth to a house on Cook Lake. Leo enjoyed fixing things around the house, such as televisions and lawnmowers. He also enjoyed garage sales. He was a faithful attendee of the Plymouth Missionary Church and his faith in Jesus was strong. He will be missed by all who knew him. Besides his wife; Janet Abriam, Plymouth, he is also survived by his six children; Kevin and Tonya Abriam, Plymouth, David Abriam, Penrose, Colorado, Candace Davis, Spring Grove, Illinois, Kendall “Linda” Vecchia, Spring Valley, Illinois, Leo “Gerry” Abriam, Spring Valley, Illinois, and Scott Abriam, Waukegan, Illinois. Also surviving are several grandchildren and great-grandchildren. Visitation will be from 12-2 PM Tuesday, October 13, 2015 in the Plymouth Missionary Church, 1350 East Jefferson Street, Plymouth. Funeral services will begin at 2:00 PM Tuesday, October 13, 2015 in the church, with Rev. Matthew Lawrence officiating. Burial will be in the New Oakhill Cemetery. Memorial contributions can be made to the Center for Hospice Care, 112 South Center Street, Plymouth, Indiana 46563.