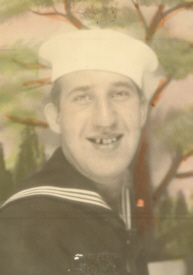 LeRoy Leonard Brouette, 82, passed away at his home at 1:26 a.m., on Saturday, March 2, 2013.
Born in Blue Island, Ill. on February 3, 1931, Lee was the son of Edward Joseph and Emily W. (Burmeister) Brouette.
He worked for 44 years as an engineer on a railroad.
In 1951, Lee enlisted in the United States Navy and was honorably discharged in 1955.
On July 7, 1954, in Chicago, he and his devoted wife, Mary were married.
Lee enjoyed “messing” around with wood. He was a master at carving and had a collection of HO model trains.
He and Mary were ardent and adventurous travelers having visited almost every state in the union and even faraway places, including Cuba and a recent trip to Costa Rica where they zip lined at the age of 80.
He loved time spent with his family but also devoted some of his time to being a cemetery caretaker at his church, First Lutheran in Alsip, Ill.
Lee is survived by his wife, their two sons and two daughters. His sons are Gary Lee (Debbie) Brouette, Easley, South Carolina and Craig Steven (Debbie) Brouette, Crestwood, Ill.
His daughters are Andrea Lenore (Jim) Rackelin, New Lenox, Ill. and Elizabeth “Libby” Dawn (Darren) Pflaumer, Grovertown, Ind. along with ten grandchildren and four great-grandchildren.
A brother, Alfred ”Earl” Brouette of Oak Forest, Ill. and sisters; Joan Wright, Manchester, Tenn. and Sharon (Carter) Piercey of Bellbuckle, Tenn. survive as well. Lee was preceded in death by his parents, brothers; Henry, Edward “Sonny”, Leonard, Russell “Whitey” and a sister, LaVerne “Tootsel” Hatfield.
Visitation will be on Tuesday, March 5th from 4 – 8 p.m. in the Johnson-Danielson Funeral Home, 1100 N. Michigan St., Plymouth, Ind.
Funeral services for Lee will be held at 11 a.m. on Wednesday, March 6th in the Immanuel Lutheran Church, North Union Road, Donaldson, where calling will continue after 10 a.m. The Rev. Dennis Wenzel will officiate.
Interment will follow in the Immanuel Lutheran Church Cemetery with military honors provided by members of the Plymouth American Legion Post 27, Veterans of Foreign Wars – Marshall County Post 1162 and the D.A.V.