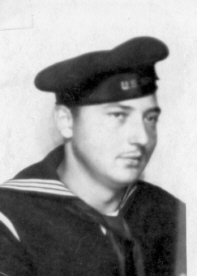 Lewis N. “Bob” Shambarger, 86, of Plymouth passed away at 3:55 a.m. Sunday, June 13, 2010 in South Bend Memorial Hospital of natural causes. He was also a former resident of Rochester and Argos.
He was born on December 16, 1923 in Denver, Indiana the son of Lewis G. and Bernice E. (Cover) Shambarger. He grew up in Miami County and attended Macey High School.
During WWII, he served in the U.S. Navy until January of 1945 in the European and Japanese Theaters.
On November 3, 1979, in Plymouth he married Janis E. (Duff) Dunlap.
Bob was a superintendent with Ritz-Craft Homes in Argos for 24 years and then became the plant manager for Borkholder’s in Nappanee for the next 23 years before retiring in 2001.
Bob like to travel, enjoyed family times together, watching football, working in his yard and tinkering in his garage.
He was a member of the Eagles Lodge, Disabled American Veterans, a life member of the Argos American Legion Post where he had served as a Past Commander and was a former member of the Moose Lodge.
Surviving Bob is his wife Janis, a daughter, Judy K. Sweany and her special friend Tom Golden of Rochester, a daughter-in-law, Beth Shambarger of Rochester, two step-daughters: Tamara E. Martin of Warsaw and Trisha L. (Brian) Sporner of Bourbon, along with seven grandchildren and seven great-grandchildren.
Also surviving is a brother Herbert (Doris) Shambarger of North Manchester, IN and a sister, Marjorie Dewitt of Logansport, IN.
He was preceded in death by his son Steven L. Shambarger, brothers: Mark and Charles Shambarger and sisters: Sue Long, Nancy Birnell, Marilyn Nicodemus and Bernita Ann Miller.
Graveside services conducted by Rev. Jason See, Chaplain of Woodlawn Hospital, Rochester will be held on Saturday, June 19th at 10 a.m. in the New Oakhill Cemetery, Plymouth. Military honors will be provided by members of the Argos American Legion Post 68. Burial will follow.
Memorial gifts may be made to the Donor’s choice.