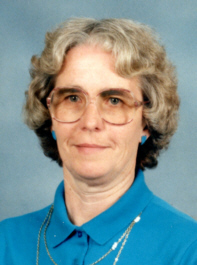 Lillian A. Slonaker, 79 and lifetime Plymouth resident, passed away with her loving family by her side at 7:26 p.m. on Saturday, April 29, 2017 at Catherine Kasper Home, Donaldson.
Lillian, a farmerâ€™s daughter, was born in Plymouth on February 4, 1938 to Floyd Alvin and Shirley Marie (Abair) Morlock. She graduated from West High School in Plymouth and then took business courses in South Bend.
Little did she know that she would marry a farmer, Dean A. Slonaker, on April 30, 1959. The couple would begin a family and continue making Plymouth their home.
Along with her hard work on the farm, Lillian worked for the Plymouth Community School Corporation as a bus driver for 37 years before her retirement in 2006. She was one of the first two female bus drivers of her time. Dean and she are members of the Plymouth Wesleyan Church. She served as past president of the Marshall County 4-H Extension Board and was a member of the West Neighbors Home Ec Club. Family was very important to her and she loved memories made with her children and grandchildren.
She is survived by her husband, Dean of Plymouth, and their children: Allen L. (Kathleen) Slonaker of Plymouth, Ronald D. (Cindy) Slonaker of Plymouth, and Ruth E. (Lowell) Hatfield of Argos; 6 grandchildren: Megan Hatfield of Argos, Matthew (Karalei) Hatfield of Argos, Jason Slonaker of Plymouth, Brieanna Slonaker of Plymouth, Jessica (Derick) Fishburn of Rochester and Ryan (Erica) Wilson of Placentia, CA; three great-grandchildren: Cameron, Gage and Kade; and her sisters: Charlotte Barnhart of Bourbon, Jane (Owen) Row of Monroeville, IN, and Nancy (Jerry) Barnhart of Bourbon.
Lillian was preceded in death by her parents and sister, Nina Morlock.
Visitation will be held on Thursday May 4, 2017 from 4-7 p.m. in the Johnson-Danielson Funeral Home, 1100 N. Michigan Street, Plymouth.
Funeral services will be held on Friday, May 5, 2017 at 11 a.m. in the Plymouth Wesleyan Church, 11203 Michigan Road, Plymouth. Visitation will resume one hour prior.
Burial will be in the New Oak Hill Cemetery.
Memorial contributions can be made to Make-A-Wish Foundation 7330 Woodland Dr #201, Indianapolis, IN 46278.