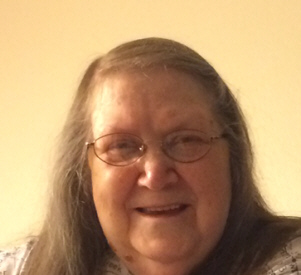 Lillian Lee (Harper) Whitaker, 82, a resident of Plymouth since 1964, passed away Friday, March 10, 2017 at Millerâ€™s Merry Manor in Plymouth after having been lovingly cared for there for the past fifteen months.
Lil, as she was affectionately known by family and friends, was born on October 10, 1934 in Royalton, Kentucky to the late Benjamin and Louvernie (Combs) Harper. She moved to Michigan at the age of seven, but spent most of her life in Plymouth, a town she dearly loved. She was extremely grateful to the kind-hearted people of the community who enriched her life and the lives of her children. In return, her home was always open to anyone in need, as well as to all of her childrenâ€™s friends and cousins. She was always willing to provide food, shelter, a listening ear, but most of all, love.
A dedicated and hard-working factory worker her entire life, she was employed by several local companies. She worked for Wagner Wire, NORWESCO, Metalcast, and United Technologies of both Plymouth and Bourbon. She retired from United Technologies in Bourbon in 1999.
Lil enjoyed crossword puzzles, word searches, and reading. She would read The Pilot News from cover to cover on a daily basis and was a master at completing the daily crossword. She didnâ€™t watch much television, but when she did she enjoyed Wheel of Fortune, The Maury Show, Jerry Springer, and The Montel Williams Show. She especially loved spending time with her family and treasured the times that her grandchildren and nieces and nephews would stop by and spend time with her. She would always insist that they take a pack (or two) of her never-ending supply of Doublemint gum. She also regularly handed out Nutty Bars, and granola bars.
She is survived by her six children whom she considered to be the loves of her life: Bruce Whitaker and Linda of Fullerton, CA; Kirby Whitaker of Plymouth, Shelley (Whitaker) and Rick Shafer of Argos; Mark Whitaker of Plymouth, Gayle (Whitaker) Smith of Plymouth, and Anita (Whitaker) Spicer of Plymouth. She was the beloved grandmother of ten grandchildren: Amanda Whitaker, Allison (Whitaker) Allen, Brandon Shafer, Zachary Shafer, Sarah (Whitaker) Stoneburner, Tonya (Whitaker) Abarca, Jessica (Whitaker) Wood, Andrea (Warner) Parker, Elizabeth Smith, and Sean Smith. Also surviving are fourteen great-grandchildren and numerous special nieces, nephews, great-nieces, and great-nephews. She also leaves behind her wonderful, loving sister and best friend, Mary (Harper) Keilman Resendez.
She was preceded in death by her parents and seven siblings: Elizabeth, Forest, Henry, Ernest, John, Fred, and Sam; as well as two special sons-in-law whom she loved dearly: Phil Smith and Bob Spicer.
Visitation will be held on Thursday, March 16, 2017 from 4-7 p.m. in the Johnson-Danielson Funeral Home, 1100 North Michigan Street, Plymouth.
Funeral services will be held on Friday, March 17, 2017 at 11 a.m. in the funeral home with Rev. Heather Foley officiating.
Burial will be in the New Oak Hill Cemetery.
In lieu of flowers, memorial contributions may be made in her honor to the Marshall County Humane Society, 11165 13th Road, Plymouth IN 46563 or the Alzheimerâ€™s Association Greater Indiana Chapter, 50 E 91st Street, Indianapolis, IN 46240.