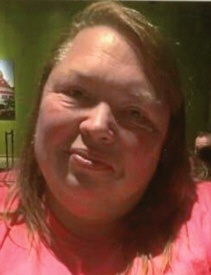 Services for Lisa Ann Daugherty will be held at 1 p.m. EDT on Saturday, November 5th in the funeral home with family friend Rev. Rick Davenport officiating. Visitation will be held just prior from 11 a.m. until 1 p.m. EDT. A reception will immediately follow at the Knights of Columbus Hall in Plymouth.
A resident of Westfield, Indiana, Lisa passed away Thursday October 13th as the result of an automobile accident in Albuquerque, New Mexico while returning from San Diego, California.
Lisa was born on October 4, 1963 in South Bend, Indiana, the daughter of John E. and Judy Mae (Ibs) Schmidt. She was baptized Roman Catholic and has continued in her faith.
She was raised on a farm in the Tyner area where she acquired a love for livestock big and small. Lisa graduated in 1982 from John Glenn High School where she had served as a basketball manager. She then attended Ancilla College and went on to receive an accounting degree from Manchester College.
From her rural childhood and throughout life she was involved with the Marshall County 4H Program. She was talented in crafts, needle point, crocheting and knitting blankets for family and friends. Lisa loved helping children, many her nieces and nephews with their projects and acquired a special interest in Champagne and Dutch Rabbits. She volunteered at the county fair and had just attended the National Rabbit Convention in San Diego where she had served as a judging assistant when the accident occurred traveling home.
After becoming a certified public accountant, Lisa first worked with the Indiana State Bureau of Motor Vehicles in Indianapolis. She then took a position with the U.S. Postal Service and was currently a supervisor in the Carmel office.
Lisa is survived by her mother Judy of Tyner, and siblings; Helen M. Schmidt of Hobart, IN, John W. (Loretta A.) Schmidt of Plymouth, Rita M. (Fred L.) Lemert of Bourbon, James R. (April L.) Schmidt of Warsaw, Sharon L. Schmidt of South Bend, Gerrie A. Schmidt of Plymouth and brother-in-law Wayne J. Pete of Belleair, Florida. She was a beloved aunt to: JT, Alyssa & Patrick, Brittany, Abby, Evan, Katie, Elizabeth, Haley and a great-aunt to: Lindsay.
She was preceded in death by her father John E. Schmidt and a sister Karen S. Pete.
Preferred are memorial gifts to the Marshall County 4H Program â€“ c/o The Marshall County Community Foundation 2701 N. Michigan St., Plymouth, IN 46563.