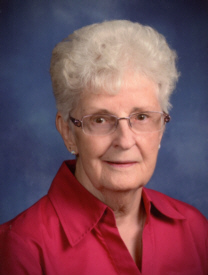 Lois A. Drake, 83, of Knox, passed away late Wednesday evening, October 19, 2016 in her residence. She was born May 31, 1933 in Huntington, Indiana, to the late Russell R. and Helen B. (Welker) Wells.
Lois graduated from Lancaster High School in 1950. She was a homemaker and she enjoyed reading, doing yard work, and needlework. She also was a member of the First United Methodist Church.
Lois married Charles D. Drake on April 3, 1976 in Knox; he preceded her in death on September 22, 1991.
Surviving are her three daughters; Rhonda D. Morgan of Oklahoma, Marilyn S. (Delbert) Rans of Plymouth, Michelle J. (Rodger) Weigel of Knox. Also surviving are nine grandchildren, eleven great-grandchildren, six great-great-grandchildren, a sister and a brother-in-law; Doris J. (Roger) Thompson of Huntington, and a sister-in-law; Peggy Wells of Huntington. She was preceded in death by her parents, husband, and a son; Gordon Dolby, and a brother; Larry F. Wells.
A memorial service will be held at 3:00 PM EDT on Wednesday, October 26, 2016 in the First United Methodist Church, 400 North Michigan Street, Plymouth, Indiana 46563 with Pastor Toni Carmer officiating. The family will receive friends from 2:00 PM until time of service on Wednesday at the church. Burial will be in the Mount Etna Cemetery in Mount Etna, Indiana, at a later date.
Memorial contributions can be made to the Marshall County Humane Society, 11165 13th Road, Plymouth, Indiana 46563.