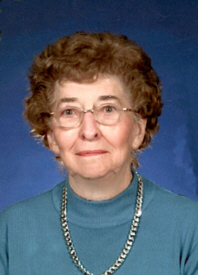 Lois H. Miller, 90, passed away at 6:00 a.m. on Monday, November 24, 2014 at Pilgrim Manor, Plymouth. Born in Plymouth, Indiana on March 9, 1924, Lois was the daughter of Marion and Justina (See) Hess. Lois graduated from Lincoln High School with the class of 1941. She then attended the South Bend Business College.
On October 21, 1943 Lois married John J. Greer. He would precede her in death on February 11, 1975. She then married Everett Pat Miller on November 4, 1984, and he would also precede her in death on June 1, 2002.
Lois worked at F.W. Bosworth in Plymouth and then for the Marshall County Bank and Trust, now 1st Source Bank.
She was a member of Trinity United Methodist Church. Lois also enjoyed traveling and having dinner with friends and antiquing.
Lois is survived by her son, James M. (Judy) Greer of Plymouth and grandchildren: John D. (Krista) Greer of Plymouth and Janet E. Greer of Indianapolis. Her great-grandchildren are: Kasey (Dominic) Zronek of Virginia, James A. and Jacob Z. Greer of Plymouth.
Also surviving is her step-son, Jay A. (Gail) Miller of Plymouth; step-daughter, Kay (Scott) Miller of Plymouth; step-daughter-in-law, Donna Miller of Noblesville, IN; and step-son-in-law, Kevin Ethier of South Bend.
She was preceded in death by her parents, husbands John and Pat, step-son Lewis E. Miller and step-daughter, Kris A. Ethier.
Visitation will be from 10-12 p.m. on Saturday, November 29, 2014 in the Johnson-Danielson Funeral Home, 1100 N. Michigan Street, Plymouth. Funeral services will immediately follow in the funeral home at noon with Rev. Mark Need officiating.
Private burial will be in the Oakhill Cemetery.
Memorial contributions can be made to Trinity United Methodist Church, 425 S. Michigan Street, Plymouth, IN 46563