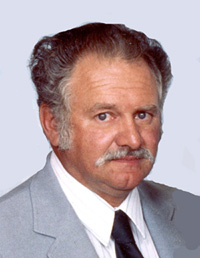 Loren D. â€œPonchoâ€ McCollough Sr., 82, passed away in his home with his family by his side at 2:06 p.m. on Monday afternoon June 5, 2017.
A lifetime Plymouth resident, Loren was born on July 21, 1934 to Wendell and Velma (Stough) McCollough-Singrey. He was raised in Bourbon and graduated with the 1952 class from Bourbon High School.
On September 5, 1965 in Plymouth, Loren married the former Ethel Kline. To this union came seven children.
Early in Lorenâ€™s career as a truck driver, he drove for Walt Danielson Milk Transport and never made the list of â€˜cowboyâ€™ drivers. Loren became a self-employed truck driver with 50 years in at his retirement in 1982. He had over 4 million miles on his record.
He was a member of the Moose Lodge in Plymouth. Loren loved traveling with his family, taking rides on his Harley, and going on fishing trips. Loren got to see most of the U.S., except for 3 states; he really loved seeing Alaska. He was fun loving, telling jokes and wearing funny hats.
Loren is survived by his wife of 51 years, Ethel of Plymouth, and their children: Connie Overmyer of Plymouth, Judith Siple of Plymouth, Sherry (Rick) Cockroft of Holmen, WI, Loren (Karen) McCollough Jr. of Lakeville, Rodger (Diana) Walker of Plymouth, William McCollough of Plymouth, Ronald McCollough of Plymouth; 14 grandchildren; 22 great-grandchildren; 1 great-grandchlid; brother, Lowell (Ardelia) McCollough of Plymouth; brother-in-law, Donald Kline of Plymouth; and sister-in-law, Shirley Maggiacomo of Tampa, FL.
He was preceded in death by his parents and son-in-law, Tommy Overmyer.
Friends are welcome to visit from 3-5 p.m. on Friday June 9, 2017 in the Johnson-Danielson Funeral Home, 1100 N. Michigan Street, Plymouth. A Memorial Service will follow at 5 p.m. with Pastor Tom Anders officiating.
Burial will be in the New Oak Hill Columbarium at a later date.
Memorial contributions can be made to Center for Hospice Care 112 S. Center St. Plymouth IN 46563.