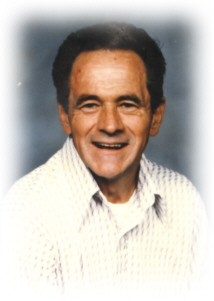 Loren F. Bules, Sr., a 33 year resident of 410 S. 6th. St., Plymouth, died at 8:35 p.m. on Monday, January 21, 2008, in the Veterans Administration Northern Indiana Health Care System in Marion, Ind. Loren, a Marshall County area resident most of his lifetime had been in failing health for the past several years. He was 69 years old.
Born in Warsaw, Ind., on June 28, 1938, Loren was the son of Jacob M. and Mary E. (Joyce) Bules. He graduated from Etna Green High School.
He served his country in the United States Navy from June of 1955 until June of 1959.
On July 22, 1961, in Plymouth, Loren and Janet C. Bottorff were married. Janet died on February 9, 2007.
A disabled veteran, Loren worked for Ben Colvin Plumbing and the Big Blue Store in Plymouth.
He liked to garden and to feed the deer and birds. He enjoyed spending time with his family and volunteered for community activities. He helped with building the children’s playground at Centennial Park and had worked with the river clean-up project.
He was a member of the D.A.V. and the V.F.W. Post 1162 and the American Legion Post 27.
Loren is survived by two daughters and three sons. His daughters are Debra D. Hatter and Hope C. (Gregory) Miller, both of Plymouth. His sons are Loren F. and Dawn Bules, Mishawaka: Timothy A. (Kristen) Bules, Plymouth, and Andy L. Bules, Tampa, Florida.
Two brothers, Carl (Dolly) Bules of Florida and Verlen (Mary Ann) Bules, and a sister, Maxine (Cecil) Binkley, all of Etna Green, also survive.
Thirteen grandchildren, seven great-grandchildren and several nieces and nephews survive as well.
Loren was preceded in death by his parents, his spouse, four brothers: Clarence, George, Lewis and John Bules and two sisters: Madalene Cartwright and Hazel Pascoff.
Friends are invited to share memories of Loren with his family from 4 to 8 p.m. on Thursday, January 24, 2008, and after 7 a.m. on Friday, January 25, 2008, at the Johnson-Danielson Funeral Home, 1100 N. Michigan St., Plymouth.
Funeral services, officiated by V.A. Chaplain James A. McConnell will be held in the funeral home on Friday, January 25, 2008, at 10 a.m. Burial will be in New Oakhill Cemetery, Plymouth with military honors by members of the American Legion Post and Veterans of Foreign Wars.
Memorial gifts in Loren’s name may be made to the Disabled American Veterans.