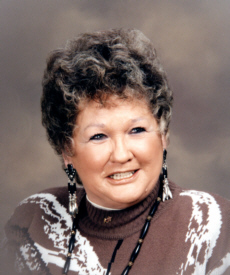 Lorena B. â€œBelleâ€ Neidlinger, 91, passed away peacefully in her home with her family near at 2:45 a.m. on Friday, December 9, 2016.
Belle was born in October 27, 1925 to Homer and Dorothy (Croy) Personette. She graduated from West High School with the class of 1943.
In Plymouth on November 17, 1962, Belle became the bride of Dr. Glen E. Neidlinger. He would precede her in death on February 8, 1987.
The couple lived in Alaska for 28 years where he practiced veterinary medicine. They would make Plymouth their forever home in 1981. They took many a trips all over in their single engine planes they owned.
Belle was an outstanding homemaker and loving mother and wife. She had a great, bubbly personality, but was never afraid to tell you like it was. She loved shopping, especially QVC, and enjoyed her sweets. She loved her grandchildren and spending time with her family.
She is survived by her children: Michael L. McCan of New Mexico, Rick (Barb) McCan of Knox, Douglas D. McCan of Knox, Jack (Susie) McCan of Knox, Jill (Dan) Palm of Knox, Billie Jo (Bill Ganz) Neidlinger of California, Fred (Kathy) Neidlinger of Florida, Sandra Sue (Mark) Fackson of Mishawaka, and Lisa Koselak of Colorado; 20 grandchildren; 35 great-grandchildren and 5 great-great grandchildren; and siblings: Mariola Marrison, Barbara Peters, Kay Langdon, Susie Schrader and Bonnie Smith.
Belle was preceded in death by her husband, parents, son Dennis Dean McCan, and siblings: Jeane Hillabrand, Ging Henderson and Sonny Personette.
Visitation will be from 11-12 p.m. EST on Tuesday, December 13, 2016 in the Johnson-Danielson Funeral Home, 1100 N. Michigan Street, Plymouth.
Funeral services will follow in the funeral home at noon.