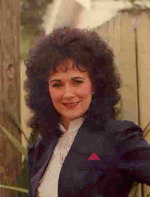 Loretta K. Rosenstiehl, 58, died of a cancer-related illness, at 9:35 p.m. on Friday, Sept. 7, 2001, in the Hospice House of St. Joseph County. Loretta of 7928 Rose Road, Plymouth, was a Marshall County resident most of her life. She had however, lived in Melbourne, Fla. from 1984 until her recent return this spring. Loretta was born in Havre De Grace, Maryland, on December 15, 1942. She was the daughter of Benjamin F. Colvin and Mildred E. Couts Colvin Reid. A 1962 graduate of Plymouth High School, she also had attended West School and course work at Ancilla College. In the Florida area, Loretta worked in the field of marketing and sales for residential building trades. She had a strong appreciation of art and enjoyed many things such as bowling, movies, dancing and spending time with her family. Loretta was baptized and attended services at the Christian Center in South Bend. She witnessed to others by her conviction of faith in God, and helped lead them to salvation. A caring person, she often prayed for those who were sick or in need. She is survived by her mother and step-father, Mildred and Lee W. Reid, Culver, and by two daughters and a son. Her children are Jennifer L. Snyder, Plymouth, Elizabeth A. Saluter, Cocoa, Fla., and Michael W. Snyder, Plymouth. Two granddaughters, Jennifer K. and Matt Astle, Cocoa, Fla., and Lisa M. Wagers, Argos, also survive together with two grandsons, David M. Saluter and Joshua Saluter, both of Merritt Island, Fla. Two brothers survive as well; they are: Larry D. Colvin, Ft. Myers Beach, Fla., and Bruce W. Colvin, Canaveral Groves, Fla. Loretta was preceded in death by her father and by Ronald L. Colvin, an infant brother. Friends may visit with the family on Tuesday, Sept. 11, 2001, from 5 to 7 p.m. in the Johnson-Danielson Funeral Home, 1100 N. Michigan St., Plymouth. Funeral services in the funeral home will follow visitation at 7 p.m. A Pastor from the Christian Center, South Bend, will officiate at Loretta’s services. Burial will be in New Oakhill Cemetery, Plymouth. Memorial gifts in Loretta’s memory may be made to the Feed the Children program of LeSea Broadcasting.