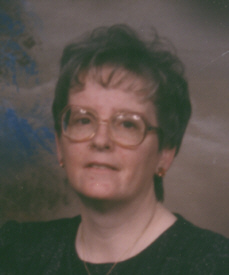 Lorraine R. Cummins, 57, a Bower St. resident in Knox, passed away Saturday, January 26th 2013 at 2:44 a.m. in the I.U. Health – Starke Hospital. She had been in failing health.
On October 30, 1955 in Plymouth, Lorraine was born the daughter of Sherman Ray and Lula Mae (Nitcher) Pritchett. She attended Plymouth schools.
Lorraine R. Smith became the bride of Jimmie Dale Cummins on June 4th 1975 in Plymouth and they shared a wonderful life together. Lorraine was heartbroken at his passing on July 10th 2011.
A Christian woman, who would often do for others, was a great wife and homemaker, who was known for her cooking and cake decorating abilities but she was the very best at being a mother and grandmother. She will be forever remembered by her loving son Dan D. and wife Kristie Cummins of Knox and their daughter, Jennifer R. Cummins at home.
Her surviving siblings include; Johnnie “John” (Claudia “C.J.”) Smith of Bourbon, Sherry Smith of Walkerton, Virginia “Ginny” (Hank) Sherk of Brownsville, KY, Sherman “Ray” (Esther) Pritchett of Plymouth, Marjorie “Margie” (Dwain) Everly of Plymouth, Jackie (Mike) Overmyer of Bremen, Betty Kuhn and Carl of South Bend, Jeff (Judy) Pritchett of Rochester and sister-in-law, Barbara Pritchett of Plymouth. Numerous nieces and nephews also survive.
Proceeding in death were her parents, spouse, and two brothers; Glenn B. Smith and Kenneth Pritchett.
Visitation will be held on Tuesday January 29th from 4 – 8 p.m. EDT in the Johnson-Danielson Funeral Home, 1100 N. Michigan St. in Plymouth where services will begin at 3 p.m. on Wednesday January 30th with Pastor James Jones officiating.
Burial will follow in the New Oakhill Cemetery, Plymouth.