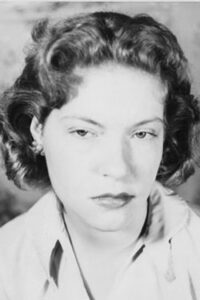 Louann F. Watson, 84, passed to the Kingdom of God on Monday, August 3, 2015 at 1:34 a.m. at Miller’s Merry Manor in Plymouth with her family at her side.
Louann and her twin sister, Joann were born on November 9, 1930 in Ft. Wayne, Indiana to Ross Iwan and Irma Bell (Voiral) Marquardt.
She graduated from Ft. Wayne Northside High School Class of 1949. In New York, Louann married Allyn M. Kelsey, whom she met in Wilmette, Illinois at the Baha’i Temple. The couple moved to Warsaw in 1963. He preceded her in death in 1965.
She would after some time meet Marshall Alan Watson and marry in July of 1972. The couple would make Plymouth their home soon after. He preceded her in death in 2012.
Louann worked as a cashier for Martin’s Supermarket in Plymouth for almost 30 years, until her retirement in 2012. She loved the many shoppers she had come to know. After retirement, she then enjoyed tending to her flower gardens and water coloring.
Louann is survived by her three children: Gene Robert (Michele) Kelsey of St. Matthews, SC, Lynann Kelsey of South Bend, and Beth L. (Jeff) Schoberg of Plymouth, as well as, 7 grandchildren and 8 great-grandchildren with a ninth expected soon. An older sister Dorothy McClellan of Howe, IN also survives.
She was preceded in death by her husbands, parents, a daughter Marta Kelsey-Kamali, and siblings: twin sister, Joann (Charles) Sudhop, and brothers, Paul and Dale Marquardt.
Funeral services will be held at 2:30 p.m. August 4, 2015 in the Johnson-Danielson Funeral Home, 1100 N. Michigan Street, Plymouth with the Spiritual Assembly of the Baha’is, South Bend. Friends may call one hour prior to services in the funeral home. Burial will be in the New Oakhill Cemetery.
Memorial contributions can be made to the American Diabetes Association American Diabetes Association 8604 Allisonville Road Suite 140, Indianapolis, IN 46250.