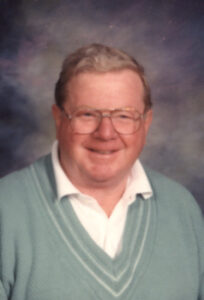 Louis E. “Lou” Wenino, 82, a resident of Pretty Lake, Plymouth, passed away Monday evening.
A Plymouth resident most of his lifetime, Lou was born in Milwauke, Wisconsin on September 18, 1931, the son of Harry E. and Marie E. (Dehner) Wenino.
He was a 1951 graduate of Plymouth Lincoln High School. Lou served in the U.S. Army and National Guard.
On February 15, 1953 he married Betty J. Klein. They were married in the First United Church of Christ and have remained members for the past 60 years.
Lou was active in business with his father and brother Dick operating the Wenino Service Station over a span of 35 years.
He is survived by his spouse, Betty, their three children and families. They are: son Phil E. (Lori) Wenino of Ft. Wayne and their son Jacob Wenino. Daughter Elizabeth W. (John) Neff of Milwaukee and their children; Lauren (John) Holden, Bradford, Abigail and Mary Cate Neff and daughter Ann W. (Brian) Barbieri of Ft. Wayne and their children; Meridith, Claire, Claudia and Nicholas Barbieri. Two great-grandchildren include: Andrew and Sylvia. A sister-in-law, Helen Glaub of Plymouth also survives with many nieces and nephews.
Lou was preceded in death by his parents and two brothers: Richard C. Wenino and Robert H. Wenino.
Calling for family and friends will be at the Johnson-Danielson Funeral Home, 1100 N. Michigan St., Plymouth on Friday, October 4th from 5 – 7 p.m. to celebrate Lou’s life. Family services will take place.
Burial will be in the New Oakhill Cemetery, Plymouth.
Preferred are memorial gifts to the First United Church of Christ, 321 N. Center St., Plymouth, IN 46563