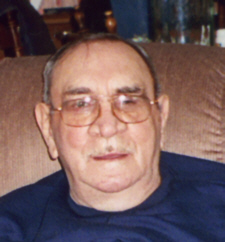 Louis R. Heyde, 78, formerly of 14474 Lincoln Hwy., Plymouth, died of natural causes on Sunday, July 20, 2008, in Miller’s Merry Manor, Plymouth.
Louis was born on Nov. 9, 1929, the son of George Ray and Mildred A. Martin Heyde.
He graduated from LaPaz High School with the class of 1947. As a yeoman seaman, he served in the United States Navy during the Korean War.
In August of 1968, in Plymouth, Louis and JoAnne Mitchell were married. Joanne died in 1975.
Louis worked as a machinist for the Bendix Corp. in South Bend for 35 years, retiring in 1982. He moved to Hacienda Hts., California, returning to Plymouth in 2003.
He was a member of the Hope Chapel, South Bend, and attended services at the North Salem Church of God in Plymouth.
Louis is survived by a daughter, Sharon L. Brady, Salisbury, Maryland, and by two sisters: Marjorie A. DeMien and Mary Lou (Walter) DeMien, both of Plymouth.
Two grandsons, Chris and Bradley Brady of Salisbury, Maryland, also survive together with two great-granddaughters of Salisbury: Morgan and Natalie Brady.
Seven nephews and three nieces survive as well. They are Eugene (Penny) DeMien: Jim (Virginia) DeMien: Glen (Linda) DeMien: Shirley (Tim) Pearson all of Plymouth: Chris DeMien, Nappanee: Stephen (Anna) DeMien, Texas: Jimmy (Theresa) De Mien, Monticello, Ind., Jason DeMien, Nappanee, Indiana, Lori(Tom) Laughtner, Mass., Heidi (Eric) Kolberg, Milford, Indiana.
Seven great-nieces also survive. They are: Geannie (Jeremy) Arnett, South Bend: Nicole Hiatt, Plymouth: Erin (Andy) Hartley, Plymouth and Krista (Richard) Webb, Elkhart, Ind., and Angela, Amy and Andrea DeMien, Texas.
Louis was preceded in death by his parents, his wife and his son, Michael R. DeMien.
Friends will be welcomed to share memories of Louis by his family from 10 a.m. to 2 p.m on Thursday, July 24, 2008, at the Johnson-Danielson Funeral Home, 1100 N. Michigan St., Plymouth.
Funeral services for Louis will follow visitation at 2 p.m. The Rev. Darrell Cardwell, pastor of the North Salem Church of God, Plymouth, will officiate.
Burial will be in the New Oakhill Cemetery.
Memorials in Louis’ memory may be made to the North Salem Church of God.