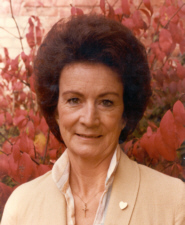 Lourane Holtzclaw, 74, of Deborah Lane, Plymouth, died April 12, 2005 in her residence of natural causes. She had been a Plymouth area resident since 1966.
Born in Jackson, Kentucky, on March 10, 1931, Lourane was the daughter of Benton and Lucy Ritchie Mann. She attended schools in Kentucky.
On December 30, 1950 in Kent, Indiana, Lourane Mann and Darrell Sampson were married they proceeded to be the parents of five children.
Lourane and Joseph P. Holtzclaw were married in March, 1973 in Plymouth. Joe preceded her in death on June 2, 1975.
She had been a Sales Representative before retiring.
An avid shopper, she also enjoyed listening to Country Music and spending time with her children and grandchildren.
Lourane was a member of the Plymouth Moose Lodge, the Plymouth Elks Club and the Plymouth American Legion.
She is survived by two sons: Edwin and Konnie Sampson of Mishawaka and Tom and Juli Sampson of Plymouth, three daughters: Lisa and Brian Huff and Vicki Washburn all of Plymouth and Deb and Gerald Treesh of Argos, 14 grandchildren and 16 great-grandchildren.
Also surviving are six sisters: Vessie Bridgewater of Scottsburg, IN; Dellie Hiel of Gary, IN; Hazel Palmer of Wasuseon, OH; Phyllis Cripe of Bolingbrook, IL; Ruth Napier of Well Lake, MI and Mary Fugate of Winchester, KY, along with a brother, Adam Mann of Walkerton, IN.
Lourane was preceded in death by her parents, her husband Joe, and six brothers.
Friends may visit with Lourane’s family from 4 to 8 p.m. on Friday, April 15, 2005 in the Johnson – Danielson Funeral Home. 1100 N. Michigan St., Plymouth, IN.
Funeral services will be held in the funeral home at 11:00 a.m. on Saturday, April 16, 2005. The Rev. Mike Dixon, pastor of the Mishawaka East United Methodist Church will officiate.
Burial will be in Fairmont Cemetery, Plymouth.
Memorial contributions may be made to the American Heart or Cancer Societies.