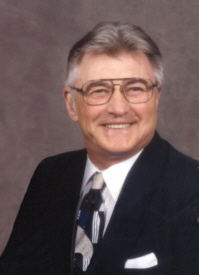 Luther Patrick, 77, a blessed father of eight children, passed away the evening of Friday, September 23rd, 2016 of natural causes at Saint Joseph hospital in Plymouth, Indiana. Luther was born to parents Homer & Opha “McCarty” Patrick on September 1st, 1939 in Salyersville, Kentucky. He was a member of the House of the Lord Church in Plymouth.
Luther married the love of his life Mildred Mae Allen of Knox, they met in North Judson. They married at Pilgrim Holiness (Methodist) Church in North Judson on October 6, 1957. Luther and Mildred celebrated 57 years of marriage. She preceded him in death on November 17th, 2014.
From 1959 to 1968 Luther and Mildred brought eight children into the world. In 1973 he and Mildred moved the family to Plymouth. The children are the center of Luther’s pride. The children; Candi, Stephen, Jerry, Mary, Luther Jr., Barbara, Janice, and David made a full house for Luther. He resided most of his life on Beerenbrook Street where he attended Pilgrim Gospel Light House Church, which he helped build in the 1970’s, was just a short walk away.
Luther was very intent that his children learn to work. Early in his life, work was defined as laboring in potato and mint fields earning his wages as a young boy in Monterey, Indiana. He knew hard work and the reward it brings. After years of working for the foundry in Plymouth had passed, Luther worked further repairing shoes at a local shoe store, later working to keep clean the laundromat on Jefferson Street, and most recently he kept a youth center clean on Beerenbrook Street. The same street so many family Christmas’s were celebrated with Mildred.
Luther enjoyed keeping things clean. In his words it would be “shining”. His version of clean would be washing the kitchen floor with Pine-sol by hand and never leaving a dirty dish wait long to be washed. Luther’s car would always be shining, and if yours was clean he would say “you got it shining”. Luther was complimentary. He often told his daughters how pretty they were and his sons that they are looking good. He was a man that loved his family.
He enjoyed gardening, piano, guitar, singing, and western movies. Summertime meant that his tomatoes would be lined up along the window sills of the house. His green beans would be getting canned and the giver inside of him would be sharing them with everyone. Luther taught himself how to play piano and guitar, they were his pick of instruments. A talent his boys came to enjoy along with him. His favorite song was “Go rest high on that mountain”, by Vince Gill. Luther welcomed even the hobo in his home for a meal. If you stood at his door and knocked, you could hear him say from within a far room of the home “come on in”. Luther always kept hot coffee ready for those who may stop in for a visit. It would humor Luther to get you to drink some coffee, whether you liked it or not. No matter what kind of guest or how short your stay in his home, you did not leave without a hug and a sincere thank you for coming by. Of course, before you left he would smile while asking “what’s your hurry”. Then ask you to stay longer next time. He enjoyed company in his home all his life. Luther also worked for the kingdom of the Lord. He became an ordained minister in the service of Jesus Christ. He proudly walked out to be baptized in the local river. He set a strong example for his children and grand-children to follow. He was known as “paw” to his grandchildren. He was known to lay hands on his grandchildren to pray over their life. Luther has been seen giving testimony to the power of the Spirit and raising his hands to heaven. He experienced the death of a beloved son David in 1998 and more recently his beloved wife Mildred. Through those times Luther kept his faith. Luther committed himself to reading his bible and praying daily. He ran the race and has fought the good fight in this life. Now he has moved on to be with his Lord.
Love,
Family Luther is survived by his daughter Candi (Terry) Norris of Syracuse, son Stephen (Carrie) Patrick of Plymouth, son Jerry (Marlene) Patrick of Knox, daughter Mary (Anthony) Goheen of Winimac, son Luther Patrick Jr. of South Bend, daughter Barbara (Richard) VanWynsberghe of Rolling Praire, and daughter Janice (Gregory) Howdeshell of Rochester. He is also survived by twenty grandchildren: Ken, Kristi, Mike, Josh, Taylor, April, Jeremiah, Candice, Sarah, Matthew, Jaquellyne, Christopher, Victoria, Erica, Brandon, Megan, Jonathon, Dean, Hannah, John David, and twenty-five great grandchildren. Visitation will be Tuesday, September 27, 2017 from 4:00p.m.- 8:00p.m. (EST) at Johnson-Danielson Funeral Home, 1100 N. Michigan St., Plymouth, IN.
Funeral Services will be held at 1:00p.m. (EST) on Wednesday, September 28, 2017 at the House of the Lord Church, 16493 Old U.S. 30, Plymouth, with Rev. Gerald Allen officiating. Burial will follow services at Crown Hill Cemetery, Knox. A meal for friends and family will be held at the VFW, 1511 South Heaton St., Knox, IN following burial to celebrate the life of Luther Patrick.
Memorial contributions can be made to: Gospel Lighthouse Youth Center in memory of Luther Patrick 701 N. Beerenbrook Street, Plymouth, IN 46563.