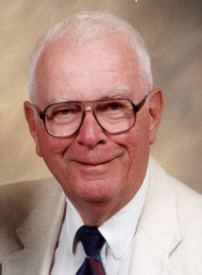 Lyman M. Butler, 90, formerly of Ferndale Street in Plymouth, passed away Wednesday November 25, 2015 in the Allisonville Meadows Nursing Home in Fishers, Indiana.
Lyman was born in Plymouth, Indiana on July 31, 1925 to Lyman M. and Eunice (Gibbons) Butler. He graduated from Plymouth High School.
He proudly served for our country in the U.S. Army during WWII, stationed in the Philippians.
In Richmond, Indiana on December 23, 1951, Lyman would take as his wife the former Velma Smith. To this union would come four children: Beth, Todd, Kim and Bruce.
Well known as an advertising salesman in Plymouth and the surrounding areas, Lyman worked for Old Fort Specialty until he officially retired in January of 2015.
He was a member of the Plymouth American Legion Post 27, the Plymouth VFW Post 1162, a 50 year member of the Plymouth-Kilwinning Masonic Lodge #149 and the Plymouth Rotary Club for 60 years. Velma and he were lifetime members of the First United Methodist Church in Plymouth.
Lyman and Velma moved to Fishers, Indiana in October of 2015, so their children could better care for their needs.
He is survived by his wife of almost 64 years, Velma of Fishers, Indiana, and their children: Beth Butler of Fishers, Todd (Karen) Butler of Fishers, Kim M. Butler of Plymouth, and Bruce Butler of Ft. Wayne. His grandchildren: Drew, Kyle and Haley Butler of Fishers, brother, Henry G. (Dorothy) Butler of Plymouth, brother-in-law, Ed Stegman of Naperville, IL, and two nieces and four nephews, also survive.
He was preceded in death by his parents and sister-in-law, Marie Stegman.
Visitation will be from 11:30 AM to 1:30 PM on Saturday, December 5, 2015 in the First United Methodist Church, 400 N. Michigan Street, Plymouth, IN 46563. Funeral services will follow at 1:30 PM in the church with Rev. Larry Marhanka officiating.
Burial will take place in the Oakhill Cemetery with Military Honors provided by members of the American Legion Post 27, Veterans of Foreign Wars- Marshall County Post 1162 and D.A.V.
In lieu of flowers, memorial contributions can be made to American Heart Association, 6500 Technology Center Dr. #100, Indianapolis, IN 46077 or to the First United Methodist Church.