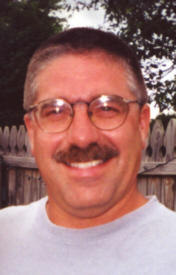 Lynn Dale Morris, 55, a lifetime resident of Plymouth, passed away Saturday morning at his home surrounded by his loving family, he had bravely faced a diagnosis of cancer just one month ago. Lynn will be remembered as a man who loved his family, friends and community and gave freely of his time for the benefit of all.
He was born the son of Dale A. and Joyce E. (McCan) Morris in Plymouth on November 30, 1957. Lynn graduated from Plymouth High School in 1976, where he lettered in football all four years. He then attained a Business Degree from Ball State University in 1980.
His career in the field of insurance took him to Elkhart, Indiana where he served as a claims rep for Farm Bureau Insurance. While there, Lynn was awarded a citation of bravery from the Mayor of Elkhart for saving the life of a young boy from drowning.
Taking a sales position with AFLAC Insurance allowed his return to Plymouth where he also worked 12 years as a dispatcher for the Marshall County Sheriff’s Department and served as a reserve officer and longtime captain of the Sheriff’s Posse. Lynn was blessed by sharing in the life of his daughter, Brandi Nicole Morris of Mishawaka and his two grandchildren: Trey A. Neely and Nevaeh R. Neely both at home.
He enjoyed many things that life had to offer, like travel and this summer experienced a trip to Germany, sports; especially golf, Notre Dame and Indianapolis Colts football as well as NASCAR. Lynn was also content just simply mowing his yard and took great pride in his property. His interest in aviation often took him to the sky and was a hot air balloon chaser for Jeff Jones/Anco.
For the benefit of others he was there for painting, wallpapering and even playing the role of Santa Claus.
Lynn was spiritual and fed that connection to his Savior while attending the Plymouth Wesleyan Church.
Lynn was preceded in death by his father, Dale “Bing” Morris in 2003. Along with his daughter Brandi and grandchildren, he is survived by his beloved mother, Joyce E. Morris of Plymouth, two sisters; Valna R. (Norman) Stettler of Plymouth, Jennie E. (Derek) Wilder of Fishers, IN and brother, Joseph W. (Laurie) Morris of Plymouth. Numerous nieces, nephews, aunts, uncles, cousins and friends also survive.
A time to celebrate the life of Lynn Dale Morris will be held at 7 p.m. on Tuesday, November 5th in the Plymouth Wesleyan Church, 11203 S. Michigan Road, Plymouth. Wesleyan Pastors Oliver Dongell and Ed Friberg along with Rev. Tamara Boggs of the Pretty Lake United Methodist Church will officiate.
The family will receive friends in the sanctuary of the church after 4:30 p.m. Tuesday until time of services.
In lieu of flowers memorial gifts may be made to the family or a charity of the donor’s choice.