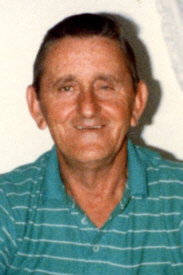 Manford K. “Matt” Back Sr. 79, passed away at 11:20 a.m. Thursday, October 9, 2014 at the St. Joseph Regional Medical Center, Plymouth.
The son of Cletus and Ethel (Williams) Back, Matt was born on January 17, 1935 in Wellington, Kentucky.
Matt served his country in the U.S. Navy, where he received his G.E.D. He was a member of the VFW Post 1162 in Plymouth.
On November 8, 1969 in Frenchburg, Kentucky he married Lounette “Lou” Clark. Lou preceded him in death on April 12, 1999.
Matt was the owner and head sawyer of the Saw Mill, and also worked for Precision Pallets. An avid Stockcar fan, he drove at the Plymouth Raceway, and enjoyed watching NASCAR. He also was a sports fan enjoying baseball and football. Surviving are daughters: Valerie Back and Vonda (Jim) Johnson, both of Plymouth, Paula(David) Bowersox of Homer, MI and step-daughter Janet (Bob) Edwards of North Judson. His sons are Paul(MistyAnn) Mullins of Homer, MI, Stanford (Terri) Back of Owenton, KY, Mike Lawson, of Trenton, OH; and step-son Bill (Penny) Miller of Knox. Grandchildren include Phillip Snyder-Edwards, Stephany, Misti and Crystal Johnson, Jessica Patrick, Samantha Back, Chase and Kolton Miller, Jazmine Stouder, Kelsey Milliser, Jarrid Bowersox and Brandy Back and Brandon, Amara, Cameron and Brea Mullins
Also surviving are his siblings: Regina Sennett of Middleton, OH, David (Marilyn) Back of Koontz Lake, Joseph (Connie) of LaPorte, Kelly Back of Wellington, KY, Roger (Karen) of Middleton, OH, Barbara Pummill of Middleton, OH, Randy Back of Middleton, OH, and Gary Back of Middleton, OH.
Matt was preceded in death by his parents, his wife, a son Kash Back, Jr, step-daughter Debbie Johnson, grandson Jarrod Snyder, and siblings: Junita Wallace, Faye Patrick, Jimmie Back, Ruth McQuinn, Betty Jo Williams, Hargas Back and Vernie Bolin.
Friends may call at the Johnson-Danielson Funeral Home, 1100 N. Michigan Street, Plymouth on Tuesday, October 14, 2014 from 11 a.m. to 1 p.m. with services immediately following at 1:00 p.m. in the funeral home. Steven Patrick, pastor of The House of the Lord, will officiate.
Entombment will follow in the Bremen Mausoleum, Bremen, with Military Honors provided by members of the American Legion Post 27, Veterans of Foreign Wars- Marshall County Post 1162 and D.A.V
Memorial contributions in Matt’s memory may be made to the Plymouth V.F.W. Post 1162, 606 Lake Ave. Plymouth IN. 46563