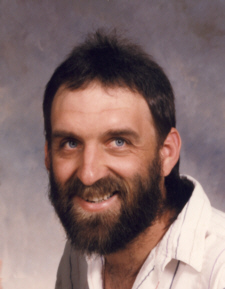 Fifty two year old Marc K. Ousnamer has been a familiar face on the campus of Notre Dame for the past eighteen years and eleven days as a boiler operator in the power plant. Always reliable, he reported to work on Sunday and in the early evening hours suffered an unexpected apparent heart attack. Despite the appreciated best efforts of the Notre Dame Fire and EMS staff located nearby, Marc passed away at 6:39 p.m. Marc was born in the Indianapolis area on December 8th, 1957. He was raised in Plymouth, the son of Buddy Wayne and Jo (Lacher) Ousnamer. He was a graduate of the Plymouth High School Class of 1976 and following graduation immediately joined the U.S. Navy in the spirit of serving his country. He continued to serve for eight years and became and expert boiler operator.
On February 9th, 1986 he took as his bride the former Debbie K. Bridgman, having made their home on West 6C Road in Plymouth.
Marc’s easy going nature was apparent in his lifestyle and treatment of others, which included being a multi generational dog lover. One pastime has been cutting wood for heating seasons the past several years in the company of Kevin and Zach. He enjoyed the likes of Blues and Jazz bands and solo times simply riding his bike.
He is survived by his wife Debbie, mother; Jo Ousnamer and brother; Craig A. (Nancy) Ousnamer all of Plymouth. His mother-in-law; Barb (Bob) Harmon also survives of North Judson, Indiana.
Marc was preceded in death by his father; Bud and father-in-law Robert Bridgman.
The family will receive friends on Wednesday, December 16th from 5 – 8 p.m. in the Johnson-Danielson Funeral Home, 1100 N. Michigan Street, Plymouth where services will be held on Thursday at 10:30 a.m. with the Rev. Charles Krieg officiating.
Preferred are memorial gifts in Marc’s name to the Marshall County Humane Society, P.O. Box 22, Plymouth, Indiana 46563