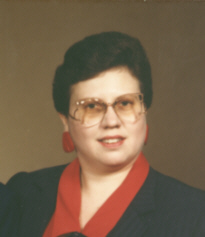 Marcia Ann Ritter, 59, of 904 W. Adams St., died of natural causes at 7:18 a.m. on Thursday, December 28, 2006, in Saint Joseph Regional Medical Center, Plymouth.
A resident of Plymouth most of her life, Marcia was born in Terre Haute, Indiana, on November 6, 1947. She was the daughter of John “Red” and Ruth Miller Ritter. She graduated from Plymouth High School with the class of 1966 and continued her education at Ball State University.
Marcia became a School Media Specialist. She taught research skills for 33 years. She worked at Thomas Jefferson Middle School in Valparaiso, Indiana, until 2004, when she retired due to disability.
Before her mother died, Marcia and she enjoyed traveling together. As a youngster, she loved going on fishing trips with her parents.
John Wayne was her favorite movie star –she watched his old movies repeatedly– and she was also a “Trekie,” devoted to the Star Trek videos.
She was a member of the First United Methodist Church and the Indiana Retired Teachers Association. Marcia is survived by six cousins and their spouses. They are: Dennis and Terry Miller, Warsaw, Indiana: Charles and Mabel Miller, Rochester, Indiana, and Karen and John Fleck, San Diego, California. Also Melinda and Patrick Lynn, San Jose, California: Paul and Teri Fleck, Lakeside, San Diego, California, and Michelle and Jeff Clifton, San Jose, California.
A special friend, Karen and Ric Liedtky, of Plymouth, survives as well, together with Erin Liedtky and Brooke, Mason and Taylor Fulton.
Marcia was preceded in death by her parents.
Friends will be welcomed to share their memories of Marcia with the family on Tuesday, January 2, 2007, from 10 a.m. to 2 p.m. in the Johnson-Danielson Funeral Home, 1100 North Michigan Street, Plymouth, Indiana.
Funeral services for Marcia will be held following visitation at 2 p.m. in the funeral home. The Rev. Dr. Dean Fager, pastor of the First United Methodist Church, will officiate.
Burial will be in New Oakhill Cemetery, Plymouth, Indiana.
Memorial gifts in Marcia’s memory may be made to the American Cancer Society or to a charity of the donor’s choice.