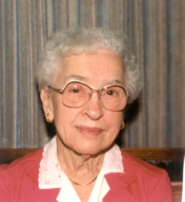 Margaret A. Irwin, Union Road, Donaldson, died of natural causes at the Catherine Kasper Nursing Home, Donaldson, Ind., on September 9, 2004.
An area resident most of her life, she was 94 years old .
Born in a log house in West Township on July 22, 1910, Margaret was the daughter of Albert and Dora Scheetz Furry. She went to Roberts School to Inwood school and graduated from Plymouth High School in 1928.
In 1931, she was married in Plymouth to Gotherd Jacobson. He died in 1942.
In 1946, in South Bend, she married Vernon Yelton and was widowed in 1963. In 1965, in Plymouth, Margaret and Ralph Irwin were married. They enjoyed 15 years together before his death in 1980.
Margaret and her second husband, Vernon Yelton, bought a small farm and when they discovered the ground was muck, founded the Yelton ( later Irwin) Blueberry Pickin’ Patch on U.S. 31 north of Plymouth. In the spring of 1950, they planted the crop and created the business and Margaret worked there for over thirty years.
Childless, she was a second grandmother to her numerous nieces and nephews. She also loved pets and had a dog and a cat for many years.
Margaret was a member of the Trinity United Methodist Church and the Rachel Circle. She also belonged to the Yellowstone Club, a homemaking organization.
She was preceded in death by her parents, her husbands; a brother, Anthony Furry; a sister, Dorothy DeMont; a step-daughter, Sandra Barnes and a niece, Karen Hileman Erbse.
Margaret is survived by two sisters: Marian Hileman of Plymouth, Ind., and Helen Meeker of Sebring, Fla. In addition, several nieces and nephews survive : Ed and Sharon DeMont, Plymouth ; Gene and Margo DeMont, South Bend; Mark and Suzanne Umbaugh, Argos; Dick and De Meeker, Gulf Breeze, Fla.; Gary and Diana Neel, Sebring, Fla.; Larry and Linda Mann , Mike and Judy Delp and David Hileman, all of Plymouth. Also surviving her death are four Florida nieces: Shirley Berger, Sharon Bradway, Betty Lane and Sandra Harness. Five step-children, children of Ralph Irwin, survive as well. They are: Barbara Bitting, Argos; Betty Taylor, Elkhart; Willard Irwin, Hawaii; Roberta Love, Calif.; and Sally Handley, Arizona.
Visitation will be from 1 to 3 p.m. on Sunday, September 12, 2004, in the Johnson-Danielson Funeral Home, 1100 N. Michigan St., Plymouth.
Following visitation, funeral services will be officiated by, Rev. William Kaster, pastor of Trinity United Methodist Church will be held in the funeral home at 3 p.m.
Interment will be in New Oakhill Cemetery.
Memorial gifts in Margaret’s memory may be made to the Trinity United Methodist Church.