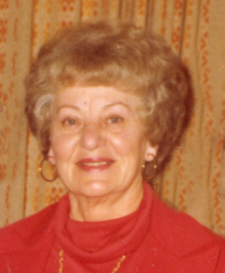 Margaret Davis, 95, a Plymouth resident since 1978, died at 5:35 p.m. at Miller’s Merry Manor , Plymouth.
The daughter of Andrew and Margaret Jacobs, Margaret was born on January 24, 1916 in Byesville, Ohio.
Margaret was a 1934 graduate of Byesville High School. She had worked as an accountant for U.C.L.A., retiring in 1978.
Surviving Margaret are her daughter, Shirley Girten of Plymouth, two sons: William Morgan (Joy) Davis of Redondo Beach, California and Richard (Val) Davis of Lake Sherwood, California, several grandchildren, five great grandchildren and a sister, Wilma Bandsuch of Struthers, Ohio.
She was preceded in death by her parents and a sister, Ethel Alesi.
Friends are invited to share memories with Margaret’s family from 12 to 2 p.m. on Monday, August 8, 2011 at the Johnson-Danielson Funeral Home, 1100 N. Michigan Street, Plymouth.
Funeral services for Margaret will be held immediately following visitation at 2:00 p.m. in the funeral home.
Burial will follow in New Oakhill Cemetery, Plymouth.
Memorial gifts may be made to the Marshall County Humane Society, P.O. Box 22, Plymouth, Indiana 46563 or the Center for Hospice Care, 112 S. Center Street, Plymouth, Indiana 46563.