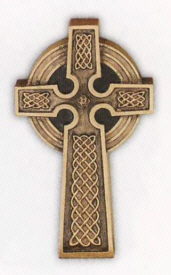 Margaret Jane Paschal Lewis, 89, a long-time resident of Culver, departed this world Sunday, Sept. 8, 2013, after a long battle with Parkinson’s disease. At the time of her death she was a resident of the Meadowood Retirement Community in Bloomington.
Born May 26, 1924, in Springfield, Ill., to Doris Seward Paschal and Merle Barclay Paschal, Peg lived for the first 10 years of her life in Virginia, Ill. In 1934 her family moved to St. Louis, Mo., when her father was called to active duty with the newly created Army Finance Corps. Over the ensuing years they moved to several duty stations throughout the Midwest, ending with Camp McCoy, Wis., from 1944 to 1946.
She attended Millikin University in Decatur, Ill., and graduated from University of Wisconsin-Madison with a degree in voice and drama. She was a member of Delta Delta Delta women’s fraternity.
An only child, after graduating from college Peg moved with her parents to Honolulu, Territory of Hawaii, where her father was stationed at Fort Shafter. During this time she was active in the Honolulu Little Theater and in the Armed Forces Radio, where she conducted a children’s hour program. After her parents’ two-year tour of duty was completed, Peg stayed on in Honolulu and served as the historian for the American Graves Registration, Pacific Theater, which documented the search and recovery of the remains of servicemen lost in the Pacific Theater during World War II, many of whom were interred at the National Memorial Cemetery of the Pacific, commonly known as the Punchbowl Memorial.
On June 21, 1949, she married 1st Lt. Charles E. Lewis, who she had known during her childhood in Virginia, Ill. Married in Honolulu, together they had five children: Andrew, Jane (Richard), David, Peter (Tammy), and Megan (Chris). Being an active duty serviceman’s wife is a unique and demanding experience, in which you have to solve the problems of everyday living and raising children alone, while also having to move every two years. In addition to Hawaii, they lived at Fort Ord (in Monterey, Calif.); Pingtung and Kaohsiung, Taiwan, where her husband was with the U.S. military mission to the Chinese Nationalist Government; Fort Benning, Ga.; Fort Bragg, N.C.; and Raleigh, N.C.; before moving to Culver in 1968, when her husband joined the history department at Culver Military Academy (now Culver Academies).
Throughout her life, Peg was involved in the performing arts. One of her favorite parts in Honolulu was the Queen of Hearts in Alice in Wonderland because, she said, she got to say “Off with their heads!” During her husband’s military service she wrote, directed, and published a play, Army Wives, which described the first year in the life of a young Army wife, based on her experiences. It was performed at various Army bases across the U.S. in the 1950s. In Raleigh, she was a music teacher at St. Timothy’s Day School and sang in the choir at St. Timothy’s Episcopal Church, often performing solos. When she and her family moved to Culver, she became involved in the theater at the Academy, often seen on stage as a performer and assisting with costumes. She was also a member of the St. Thomas Episcopal Church choir in Plymouth, and she was a member of the altar guild. She had a love of all kinds of music, particularly opera.
An active civic volunteer, Peg was a Cub Scout den mother in Fort Bragg and Raleigh, and a Girl Scout troop leader in Culver. She was a founding member of the Culver-Union Township Emergency Medical Technicians, which she called the “cute MTs.” She was also a member of Wednesday Club, where she could show off her skills at bridge. Peg was also well-known for her knitting skills, creating sweaters with complex Celtic knot patterns and baby layette sets.
In the 1980s she was part of the Culver Academies’ Department of Development staff, charged with finding lost alumni.
Peg was known for her quick wit, her expansive knowledge of several subjects, and love of puzzles, especially crosswords. Her older grandchildren often said she was the smartest person they knew, and no one wanted to challenge her in a game of Trivial Pursuit. When diagnosed with Parkinson’s disease in 1997, she remarked, “Well, that’s a relief. Now at least I know what I’m facing,” and proceeded to educate herself on the disease and its progression.
A Funeral Mass is scheduled for Saturday, Oct. 26, at 11 a.m. at St. Thomas Episcopal Church 400 N. Center Street, Plymouth, with Father Thomas E. Haynes officiating. A reception will immediately follow in the parish hall.
In lieu of flowers, contributions in her memory may be made to St. Thomas Episcopal Church, to the Parkinson’s Disease Foundation (www.support.pdf.org), or to the Michael J. Fox Foundation for Parkinson’s Research (www.michaeljfox.org).